The time and temp is … extraordinary 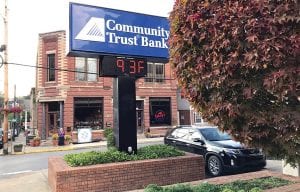 A showing of 93° F is not that unusual on this sign in downtown Whitesburg until you realize the reading was made at 6:36 p.m. on Monday, just as September — the driest month ever recorded in eastern Kentucky since the National Weather Service opened its Jackson office in 1981 — was fading into October. Jackson weather officials say eastern Kentucky also experienced its warmest September ever, with 10 maximum temperature records set, including September 10’s 98° high. Highs for the month averaged 89.1° in September and were expected to reach up to 94° on Thursday before falling to 77° on Friday. (Eagle photo) 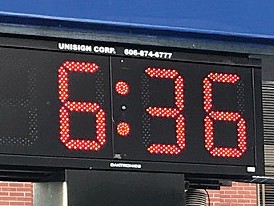 One response to “The time and temp is … extraordinary”