The Letcher County Grand Jury is conducting an investigation into coal mine strike violence which has occurred in the county.

Most Letcher County residents think county schools should open Sept. 8, according to response to a coupon survey in last week’s Mountain Eagle. However, their wishes won’t make much difference this year, because the Letcher County Board of Education, at a called meeting Tuesday, voted to open school on Aug. 24.

The Fields family will hold its annual reunion Sunday at the City Park in Cumberland. The reunion will honor the 100th birthday of Uncle Isaac Fields of Cumberland.

Congress acted this week to extend the life of the Appalachian Regional Development Act two more years, as the Senate adopted a $444 million supplementary appropriation without debate. The House has not yet passed the bill and, so far, has indicated no interest in approving an appropriation as large as that cleared by the Senate. 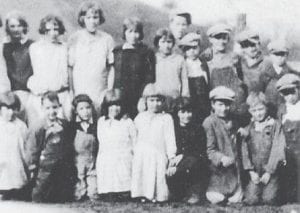 Danny M. Hatton was awarded the Bronze Star for valor in combat on January 26. He is the son of Mr. and Mrs. Maney Hatton of Seco, and is a 1966 graduate of Whitesburg High School.

Cans of tuna are three for $1 at the A&P food store. Strawberry preserves are 59 cents a jar.

The L&N and C&O railroads are planning a connection between their lines near Deane which should reduce shipping rates for coal mined in Letcher County and sold in the South, L&N spokesman Charles Castner said.

Whitesburg City Council, faced with growing criticism of its annexation plans, has decided not to include the upper end of Solomon’s Branch in the territory to be annexed.

Unemployment in Letcher County fell to 9.4 percent in May, making it the lowest unemployment figure in the county this year. 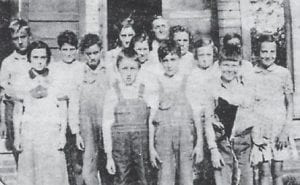 The Jenkins Independent Board of Education approved a new handbook of policies and regulations for Jenkins High School at a special meeting Tuesday night.

The City of Jenkins will consider passing a three percent franchise tax on Kentucky Power Company to recover some of the money it spends on street lights.

The Fleming-Neon football Pirates are looking for a few good linemen to go with a very experienced offensive backfield. Coach Jack Hall graduated 10 seniors from last season’s 9-3 squad that made the Class A playoffs for the first time in eight years.

Dreams of higher wages shared by hundreds of Letcher County workers since last week proved to be short-lived Monday night as three Letcher County magistrates blocked Judge/Executive Carroll A. Smith’s proposal to raise the local minimum wage to $7.50 an hour.

There’s a long way to go, but officials say progress is finally being made on the three-county Red Fox recreational/ industrial area. It would still be 2002 before a road in completed to the site.

WMMT-FM missed its world debut on the Internet and its regular listeners missed a week’s worth of programming after a microwave link at its transmitter failed July 5.