An auto full of Big Cowan citizens on their way to church on Breedings Creek, Knott County, wrecked on Daniel’s Branch of Rockhouse Sunday and several persons were seriously, if not fatally, injured. Among the number and the most seriously hurt was Mrs. Will Banks, daughter-in-law of Zach Banks, who was caught under the turned-over car and internally hurt.

The opening date for “Rural Schools” has been changed from July 15 to July 22. This change has been made with the feeling that children living on the farm will be needed to help care for crops and other farm work. The rainy weather has caused many farmers to get behind.

Kentucky motorists whose automobiles have faded license tags were warned by Deputy Clerk Sam Rees to obtain new plates before leaving the state for vacation jaunts. Rees reported an applicant for new plates said she was fined $10 in Chicago after police arrested her for operating with license tags which could not be read.

In a dispatch from San Francisco early today, it was reported without confirmation that the U.S. Aircraft Carrier Valley Forge had been torpedoed in Korean waters by a submarine.

T.C. Adams, chairman of the local draft board in Whitesburg, announced that all persons who have not registered under the Selective Service Act of 1948 should report immediately to Local Board 58, and present themselves for registration. All persons 19 through 25 years of age who have not returned the Selective Service questionnaire must do so at once.

Herman Hale, Cashier of the Bank of Whitesburg, was installed as president of the Rotary Club at the regular luncheon meeting on Tuesday. The installation was made by outgoing president Kermit Combs.

A western movie star, Lash LaRue, will be in Whitesburg on July 20. He is appearing at the Alene Theatre. Known as “King of the Whip”, Mr. LaRue went west because of the lure of Hollywood and the movies. The Alene Theatre, which is bringing Mr. LaRue to town, announced that one of his western pictures, “Frontier Revenge”, will be shown during his appearance here.

Cases involving the welfare of children again featured the list of 40 indictments handed this week to Judge J.L. Hays by the Letcher County Grand Jury. Most of the new indictments allege child desertion but one charged a couple with “unlawfully and unmercifully injuring a child under two years old.” The grand jury’s report to Judge Hays said that “crime in the nature of felonies is on the upsurge, and these, such as child desertion, are too many.”

Owners of the property across the road from the Whitesburg city dump on Pine Mountain this week asked the city to take some measure to correct the unsightly condition of the dumping area near the highway. Mr. and Mrs. W.P. Nolan wrote Mayor Ferdinand Moore through their attorney, Harry M. Caudill. If something is not done about the situation they said, they plan to ask circuit court to declare the dump a public nuisance.

Mr. and Mrs. W. Day of Haymond celebrated their 50th wedding anniversary on July 10 with close relatives. The couple was married in 1910 at Mayking. The bride of 50 years was Miss Ollie Adams.

The Letcher County Board of Education says it will begin construction next spring on the new West Whitesburg Elementary School. The structure is expected to cost well over one million dollars and will contain 23 basic classrooms, plus several special-purpose rooms.

Kentucky Attorney General John Breckinridge visited Letcher County last week as a part of a tour of inspection to strip mine sites in the state. No coal trucks were on the road while Breckinridge was in the county, apparently as a result of an agreement among coal operators, but the trucks began running again within a few minutes after he had left.

A front section of the Perry County Library collapsed Friday, destroying a police vehicle and causing three city policemen to receive minor injuries. The damage was caused when lightning struck the building.

The Senior Division All Stars for the Whitesburg Little League are Wade Kirkland, Homer Combs, Frank Campbell, Tommy Pace and Bill Martin Collins, all of the Dodgers; Curley Joe Combs, Chuck Conatser, David Hunsucker, Mike Hansel and Eddie Stallard, all of the Oilers; and Eddie Garrett, Burl Combs, Mark Caudill and Phil Amburgey, all of the Hoovers.

For the second time in less than a month the City of Jenkins has had to drain a water tank in hopes of preventing possible disaster. Repairs on the city’s leaking Burdine tank, drained last week, should be completed and the tank refilled with water within a week. Jenkins officials are especially sensitive to the dangers of water tank failure because of an accident last year in which an elderly man was killed and a store was destroyed when one of the city’s six water tanks burst. Last month state officials recommended the city drain a tank atop Goodwater Street when water was spotted running through holes at the top of that tank. Repairs have been made and that tank is back in action. While in Jenkins observing the Goodwater tank, state officials ordered the Burdine tank emptied and checked after water was seen leaking from the tank’s base.

Unemployment figures indicate an ever-growing mood for Letcher County’s coal industry. That mood can be summed up in one word — gloom. For the month of May, Letcher County had a jobless rate of 11.3 percent. While that figure is down from April’s rate of 12.1 percent, it by no means is a sign the county’s coal industry is beginning to shake the slump it has been in for at least the past two years.

Letcher UHF Channel 67 became the ninth operating translator in the KET network system June 11. The translator is located on a hill above the eastern ridge of Letcher, and rebroadcasts the signal from KET Channel 35 in Hazard.

Bill Pigman of Neon won two trophies and a $125 prize in a fishing derby sponsored by Maloney’s Store in Whitesburg. Pigman received the trophies as winner of the local derby and winner of the derby across the entire Maloney’s chain. He caught a 5-pound, ¼-ounce smallmouth bass at Cherokee Lake to win his trophies. WEDNESDAY JULY 11, 1990 Preschool classes for four-year-olds will begin in the Letcher County school system this fall. The classes will be open to every child who will be four by October 1 and who qualifies for a free school lunch. They will be made available to other fouryear olds when space is available.

Letcher County is being warned that it is among 10 Kentucky communities chosen by an Ohio-based company as sites for new medical waste incinerators. A member of a Presbyterian environmental group said officials with Medisin Inc. showed him a map which pinpointed Letcher County and nine other communities for a series of small incinerators being planned by Medisin.

Letcher County’s unemployment rate fell to the third lowest rate in the Kentucky River District in May. Letcher posted a 7.9 percent jobless rate in May, down from 9.1 percent in April.

“A.O. Field stepped out of his front door and started to sit down when he saw a two-foot copperhead on his top step,” writes Kingscreek correspondent Margie Ison. “He got his gun and shot it where it was. Some bullets scattered into the side of his house. A.O. said he would look carefully before he sat down there in the mornings to drink his coffee.”

U.S. Filter, the company that operates Whitesburg’s water and sewer systems, is upset over a private septic tank company that dumped its tank into the city sewers. U.S. Filter is offering a $150 reward for information leading to the person responsible. The city sewage treatment plant uses aerobic bacteria — bacteria that needs oxygen to live — to break down sewage before it is disinfected chemically and released into the river. Septic systems use anaerobic bacteria —bacteria that doesn’t need oxygen — to break down sewage. When septic system waste gets to the treatment plant, it robs aerobic bacteria of the oxygen needed to live and the plant stops operating. That causes a foul odor to emanate from the plant.

The Letcher Fiscal Court has voted not to allow Columbia Natural Resources to cross county roads with a proposed natural gas line. Members of the court said they would reconsider if the company would “deal fairly” with property owners affected by the line. The court took action in a special called meeting, after the company filed a condemnation suit against 129 people. Many of those named in the suit were in negotiations with Energy Management and Services Inc., a land acquisition company working with Columbia, when the suit was filed.

“Mrs. Dicy Halcomb had a big celebration on her 101st birthday on Saturday at her homeplace on Linefork,” writes Cowan correspondent Elsie Banks. “It was a happy day for all her children, grandchildren, in-laws and other relatives and friends. They were all pleased and thankful she could be home for the special occasion.”

Homer Rose Jr., 63, a former Letcher County magistrate, has pleaded guilty to conspiracy to distribute the painkiller oxycodone and is scheduled to be sentenced in U.S. District Court on August 10. Rose admits in a plea agreement that he conspired with Joseph Hall of Detroit to distribute a large number of 80-milligram tablets of oxycodone in Letcher County. He faces a maximum sentence of imprisonment of not more than 20 years, a fine of not more than $1 million, and term of supervised release of at least 3 years.

The U.S. Army Corps of Engineers announced that the proposed Sapphire Coal Company project in Letcher County is authorized by Nationwide Permit 49. The operation, located one-half mile southwest from the junction of KY 160 and KY 15 near Van, would impact 473 linear feet of intermittent stream by extending one existing hollow fill.

Kaylin Damron of Whitesburg, a rising sophomore at Letcher County Central High School, has been nominated to attend the National Youth Leadership Forum on Law and Crime Scene Investigation in Washington, D.C. this fall. She was selected because of her academic record and interest in law, forensics, and crime scene investigation.

Irene and Abb Humphrey of Louisville celebrated their 70th wedding anniversary on June 27 with family and friends. The couple were married in Whitesburg on June 28, 1940. 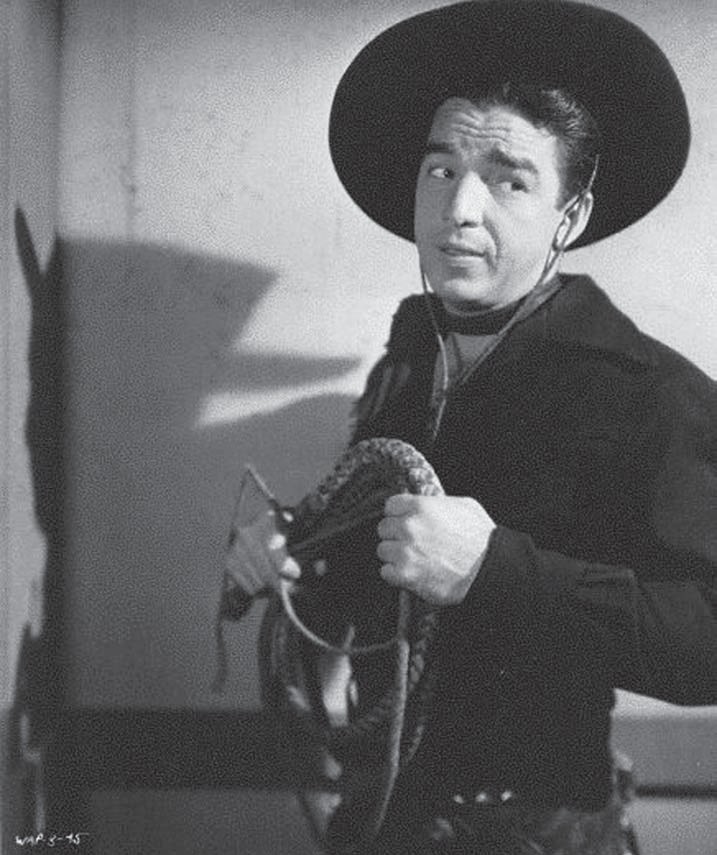 Whitesburg and Letcher County were abuzz with excitement 70 years ago this month when The Mountain Eagle carried the news that Western movie star Lash LaRue would visit the new Alene Theatre on July 20, 1950. LaRue, known for his skilled use of a bullwhip in his cowboy movies, was 33 years old at the time and had just recently completed “The Dalton’s Woman,” the seventh of 11 movies in which he starred as U.S. Marshal Lash

LaRue. After starting his acting career in 1944 under his given name of Al LaRue, he was soon given the name Lash because of his mastery of the 18-foot bullwhip he used to capture outlaws throughout the film series. Biographers say LaRue, who died in 1996 at age 78, was among many Western stars who visited movie theaters in small towns during the 1940s and 1950s. While here, the Alene screened his 1948ffilm “Frontier Revenge.”