Things now different from Christmas past 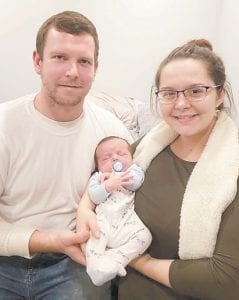 I was thinking the other day about all the differences between Christmas present and Christmas past. I wish we had some videos of our Christmas pasts when we were all pre-teens. Filming of not only the presents, but also the way Daddy and Mommy acted when we saw our presents.

I can’t remember how old I was before they started actually wrapping the presents and putting them under the tree before Christmas Day. I guess it was when they knew we no longer believed it was Santa Claus that brought our presents. Or, maybe it was when they realized how hard it was going to be to keep us from snooping around the house to try to find them. Once I remember finding some in an oven that belonged to Mom’s sister, Pearl Noble, that we were storing for her down in our basement.

At any rate, when we believed Santa was the one who brought all the gifts, there were none under the tree until we woke up on Christmas Day.

Another big difference between then and now was the amount of presents and the type of presents. It seems like every letter we wrote ourselves or heard read on WTCW’s letters to Santa always asked for candy, fruits and nuts along with whatever else they wanted. Can you imagine any of our kids now asking for candy, fruits, and nuts? Fruits and nuts just weren’t available back in the 60’s all year long. 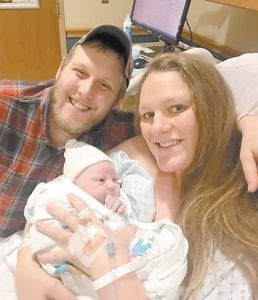 It seems like so many of my former students, Head Start and Martha Jane Potter Elementary, are getting married and starting their families here lately. A lot of them are my friends on Facebook and either they or their families have posted pictures of their weddings or their new babies.

One of the first groups I had at Martha Jane Potter Elementary was a group pulled from Ms. Tewanna Hall’s third grade math class. From this class two that have had babies this year are Carlenia Gose Longworth (Malachi Longworth) and Haley Whitaker Johnson (Logan Johnson). This was Logan and Haley’s second son, but Malachi and Carlenia’s first. 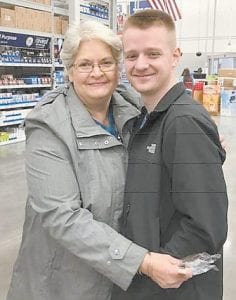 Jeanette Tacket is pictured with Eric Brown, who’s serving in the Air Force.

Another former student that had a baby just last week was one from my Millstone Head Start days. Megan Ross Dine gave birth to a son this past week. She and her husband Steve Dine live in Syracuse, N.Y.

Speaking of former students, I saw on Facebook that Eric Brown was going to be coming home for Christmas for a few days. He is in the United States Air Force and stationed in Oklahoma City, Okla. I know his parents were overjoyed to have him home for a little while. When I saw the post I thought to myself, “It surely would be nice to see him while he’s in.” I thought maybe I might see him at Wal-Mart or Food City.” I was so tickled when my husband and I were in Lowe’s and I just happened to look up and lo and behold there was Eric with his parents. One of his best friends and another one of my students from that year, Jordan Rose, also joined the Air Force and is stationed in Charleston, S.C.

Congratulations to Tyler Watts for winning first place in the Christmas in our Hometown window display competition. Tyler’s entry was from the Peanuts characters. Second place was Dr. Narramore’s Rudolph the Red Nosed Reindeer and third was Dog Head Dough’s Christmas scene. 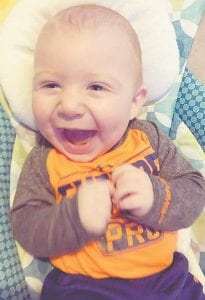 We have some really special friends and No Limits Fitness members at the rec center that really need some serious praying to God for healing. Scarlett Coots I have mentioned many times and now Greta Hogg Howard has also been diagnosed with breast cancer. Another friend, Mattie Collins, needs prayers for her husband Tony Collins. He has had major heart problems. Our friend, Earle Bone, who was fighting fourth stage lung cancer, is now cancer free, but his wife Sandy needs our prayers now with heart problems also. She has had stents placed in her heart.

Ok, I better start closing this week’s entry out by asking everyone to also remember all those who are facing the Christmas festivities without their loved ones. Especially my pastor, Bill Jones and his wife Sandy and their whole family.

Also, remember our special friend Oma Hatton and her weekly plea to be in church Sunday. If your church has services Sunday night or throughout the week God wants you there then, too.