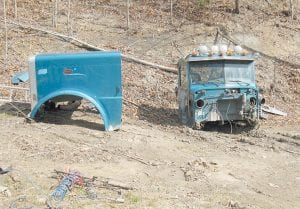 CHOPPED — Parts of a Peterbilt truck cab were found on a natural gas well site near the community of Jackhorn. Police have arrested two men and a woman they say were operating a “chop shop” operation on the property.

Police have arrested a third suspect in connection with a “chop shop” found operating last week in Jackhorn.

Police said Roger Tolliver, 59, of 9779 Highway 7 North, Deane, was arrested March 14 after stolen trucks and other items were found on his property.

Tolliver was charged with traffi cking in stolen vehicles or vehicle parts and receiving stolen property valued at $10,000 or more.

Letcher County Sheriff ’s Lt. Brian Damron said Tolliver was arrested after Henry Anthony Hall told police that vehicles that were once kept on Hall’s land could be found on Tolliver’s property.

“All of the vehicles seized have been confirmed stolen, with the majority from the Tennessee area,” said Damron.

Hall, 49, of 38 Smokey Row, Jenkins, and Goldie Sharlene Pierce, 40, of 3838 Highway 317, Neon, were arrested March 13 after police found a Ford F-550 truck with a trailer and Kubota excavator that had been reported to police as stolen. 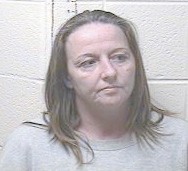 SUSPECTS WERE LIVING IN STOLEN CAMPER — Police say “chop shop” suspect Goldie Pierce (left) and Henry Anthony Hall were living in a stolen camper that was being kept with other stolen equipment on the site of a natural gas well at Jackhorn (below).

Hall and Pierce were charged with receiving stolen property valued at more than $500. Damron said Hall and Pierce had been living in a stolen camper.

This week, Damron credited Jimbo Reevis, co-director of the Letcher County E-911 program, for helping police find the location of a natural gas well site near Rockhouse Mountain where Hall was storing several pieces of stolen equipment. After police gave Reevis the GPS (Global Positional System) coordinates of where they thought a stolen truck might be located, Reevis told police he had recovered stolen all-terrain vehicles at the Jackhorn site several years ago and was familiar with the area. Damron and Fleming-Neon Police Chief Mike Dingus used a tracking system that had been placed on the excavator to locate the equipment.

Damron said police have found more than 20 pieces of stolen equipment including pickup trucks, trailers, campers, dump trucks and construction equipment. He estimates the value of the items to be at least $500,000. 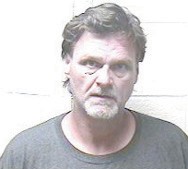 Police also recovered a welder valued at $15,000 in Millstone.

Hall and Pierce are accused of selling items in Kentucky, Virginia and Tennessee.

Damron said a fourth arrest would be made soon.

Preliminary hearings for Hall, Pierce and Tolliver are set for 1 p.m. on March 22 in Letcher District Court. Hall and Pierce remain in the Letcher County Jail. Tolliver was released March 14 on a property bond. 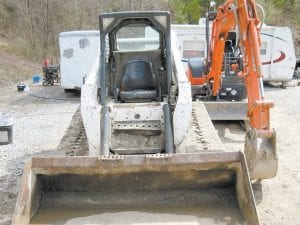