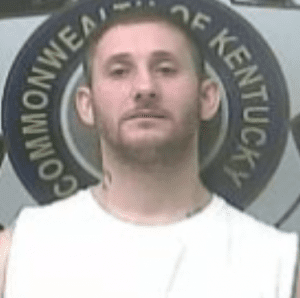 Trooper Mike Burton was patrolling the area after two callers reported seeing Brown. Burton saw him walking along Little Dry Fork and arrested him without incident.

Police believe Brown, Clifford Jermaine Caudill, Dedra Keathley and Gibson were using methamphetamine in the bathroom of a trailer at 27 Welch Hollow about April 29 when Caudill became paranoid that Gibson was a police informant, pulled a gun and shot Gibson in the head.

Police say Brown, Caudill and Keathley then put the body in the backseat of her car, drove it onto a gas well road on Haymond Hill and dumped it over the hill.

Gibson’s body was found May 3.

Caudill and Keathley pleaded not guilty during a preliminary hearing this afternoon.