This year’s session will last only 30 days 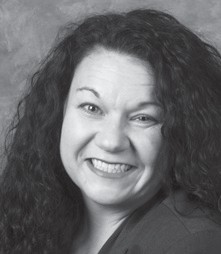 This week, the General Assembly heads back to the Capitol to begin the 2019 Regular Session.

These odd-year meetings of the House and Senate are still relatively new, with this being the 10th one since voters made them possible in 2000. Kentucky was actually one of the last states to have its legislature meet annually; now, only four still have theirs convene every other year: Texas, North Dakota, Nevada and Montana.

Here in Kentucky, there are some key differences between even- and odd-year legislative sessions. For one, this year’s will last for 30 instead of 60 working days, and there will be no budget to enact, since state government still operates on a two-year cycle. In fact, the constitution calls for three-fifths of legislators instead of a simple majority to make any fi- nancial changes in odd-numbered years.

None of these differences mean these shorter sessions are any less important than their longer counterparts. In 2015, for example, we passed a far-reaching law to tackle the state’s heroin epidemic and broadened civil protective orders to include victims of dating violence, stalking and sexual assault. In 2013 and 2011, meanwhile, there were major reforms of our state retirement and criminal justice systems.

It is too soon to say what laws will be enacted over the next several months, but there appears to be a growing consensus on several issues.

One, for example, is to fix a problem in last year’s tax overhaul. I opposed that law because it raised taxes on 95 percent of working families, but there is broad agreement that its unintended impact on non-profits needs to be changed. As it is, many of these worthwhile organizations are being taxed for activities that had been exempt before.

I believe there will also be strong support for efforts to make our schools safer. A legislative task force appointed in the wake of last year’s tragic school shooting in Marshall County met for much of 2018, and its findings will help guide whatever changes are ultimately made.

It is widely expected that legislative leaders will seek to address public-pension reform again. The Kentucky Supreme Court threw out last year’s pension bill a month ago in large part because of the rushed and secretive process used to enact it, and a few days after that ruling, Governor Bevin hastily called lawmakers to the Capitol for a special session, which ended when legislators were split on what bill, if any, to consider.

I will cover this issue more in the weeks ahead, but want to be clear that I believe the 2013 reforms we made — and the increased funding budgeted since then — have put us on the right path to pay these liabilities down.

Some of the other issues expected to be discussed in the coming weeks include:

·Medical marijuana. Currently, more than 30 states have authorized its use, and there have been several legislative hearings on this issue over the last year to weigh its merits here.

·Updating the cash-bond system. There is a growing bipartisan movement to improve how bail works, because the current system makes it easier for wealthier Kentuckians to wait at home for trial while poorer citizens remain in jail, potentially for months.

·Legalizing sports betting. Because of last year’s U.S. Supreme Court ruling, any state, not just Nevada, can allow this. This is available in eight states currently, and two others are on track to join them. Many others like ours are considering it.

There are other proposals that I would like to see the General Assembly take up. I believe it is time we make early voting without an excuse possible and that we give voters a chance to decide whether most non-violent felons should be able to vote after they pay their debt to society. I also think it is time to raise the minimum wage, which has been at its current level for a decade. About 30 states have already increased their minimum wage.

After this week, other legislators and I will return home for the remainder of the month and then head back to the Capitol to complete the bulk of our work in February and March. Your input during this time is critical, so I encourage you to let me know your views on these or any other issues affecting the state.

My email is angie.hatton@lrc. ky.gov , and you can leave a message for me or for any legislator by phone at 800-372-7181. For those with a hearing impairment, the number is 800-896-0305. These message lines are staffed during normal business hours throughout the year, but are open even longer when the legislature is meeting. A lot of information, such as the texts of bills and meeting schedules, can also be found on the General Assembly’s website: www.lrc.ky.gov.

I look forward to hearing from you.