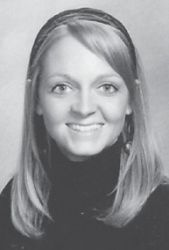 Rebecca Hampton Pettinato, a newlywed, is the daughter of Frank and Barbara Hampton of Jenkins. She was graduated from Fleming-Neon High School in 2003 and was ranked first in her class with a 4.0 grade point average. While attending high school, she was cocaptain of the academic team, captain of the basketball team, a member of the track team, SADD, and Beta Club, and assistant editor of the yearbook/newspaper staff. She also participated in the School to Work program at Whitesburg Appalachian Regional Hospital.

Pettinato is now a graduate student in the College of Pharmacy at the University of Kentucky working toward a doctor’s degree in pharmacy. She is taking extra courses to earn a dual degree and will graduate with a master’s degree in public administration. She is a member of the Lambda Kappa Sigma Professional Pharmacy Fraternity, the Kentucky Alliance of Pharmacy Students, and the Student Athletic Council, and is a volunteer with UK Reading Buddies and Moveable Feast. 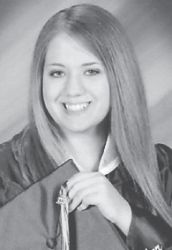 She considers herself to be a self-motivated, determined, and goal-oriented person and has received numerous academic honors. She became interested in becoming a pharmacist while participating in the School to Work program in high school, and wants to return to this area in which she grew up. She says she loves to give back and help others in her community, and loves the natural beauty of the mountains and feels growing up here has shaped her into who she is today.

Amber LaShae Watts, daughter of Robert and Sharon Watts of Whitesburg, was graduated in 2008 from Letcher County Central High School ranked second in her class and one of five valedictorians with a 4.37 grade point average. While in high school she was vice president of the Student Government Association, Interact Club treasurer, and a member of the Drama Club, Beta Club, Pep Club, softball team. She was a National History Day runner-up and a national competitor. 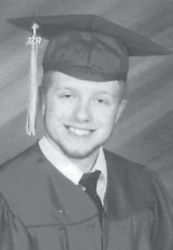 She attend the University of Kentucky where she is a sophomore who will major in accounting because of its combination of mathematics and business. She plans to continue her studies until she has earned a master’s degree and then a certified public accountant license.

She says she knows how important it is to set big goals and then to strive very hard to achieve them. She says she loves the simplistic beauty and small town atmosphere of her community, and after she earns her degree she can think of no better place to live and work than in eastern Kentucky.

Devin Blair is the son of Manis and Cindy Blair of Blackey. He was graduated from Letcher County Central High School in June where he was number one in his class, was valedictorian, and had a 4.414 grade point average. While attending high school, he participated on the academic team in Written Assessments and was a member of the Pep Club, the Principal’s Student Advisory Team, track team, and varsity basketball team where he was captain for two years. He was also involved in the Youth Group at his church.

Blair is enrolled at the University of Kentucky and plans to major in electrical engineering because he excels in math and physics and has worked alongside his grandfather, an electrician. He considers himself to be a free thinker but works well in group settings. He has had many athletic and academic accomplishments and wants to further his knowledge while in college.

Blair says he likes how his community is so closeknit and relaxed and that everyone is genuinely concerned about each other. He says he hopes to live and work in eastern Kentucky once his education is complete, and marry and raise a family on a big farm. He enjoys how time seems to go slower here, he says, and that there is not the rush of the big city life, that it gives one a feeling of well-being.