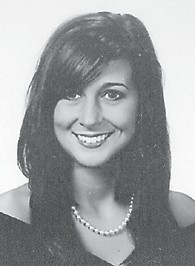 Lewis, the daughter of Robert and Patricia Lewis of Whitesburg, was graduated from Letcher County Central High School in 2008, eighth in her class with a 3.79 grade point average. While attending high school, she was a member of the Beta Club, Drama Club, Inter-Act Club, and About Face Youth Ministries, and was a PSI Teen-leader, a cheerleader, editor-in-chief of the yearbook, and student government secretary.

She is a junior at Transylvania University in Lexington, and is a member of Chi Omega Sorority and director of Sisterhood and Personnel, PhiDE (National Pre-Med Fraternity) and the Biology Club.

She considers herself to be very focused, driven, motivated and competitive, which has helped her to challenge herself and succeed academically. She is majoring in biology at Transylvania and plans to become a pediatrician, mostly likely studying at the University of Kentucky College of Medicine. 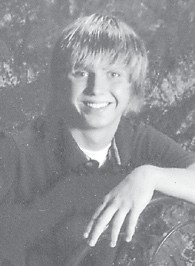 She says she loves the community where she grew up because of its close-knit atmosphere and because everyone is caring and sincere. When her education is complete, she says, she plans to return to eastern Kentucky to work and live so she can contribute to the area that she loves so much and provide health care to the children of the area.

Proffitt is the son of Barry and Stephanie Proffitt of Isom, and was graduated from LCCHS first in his class with a 4.5 gpa. In addition to being the valedictorian of his class, he was captain of the basketball team, playing all four years, and was tennis team captain and a member of the PRIDE Club. His basketball team was district champion when he was a senior.

He is a sophomore at Alice Lloyd College, where he has been named to the Dean’s Distinguished List and is majoring in biology. After earning his bachelor’s degree, he plans to attend the University of Kentucky College of Medicine to become a doctor. 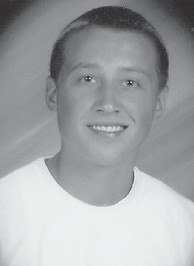 He says he is a wellrounded person and pushes himself to succeed. He loves his community where everyone seems to care about each other, he says, and would like to return to eastern Kentucky to provide health care for his neighbors and friends.

Cornett, the son of Kenneth and Virginia Cornett of Blackey, was graduated second in his class at LCCHS in 2010 with a 4.4 gpa.

At LCCHS, he was a member of the basketball team for four years and was team captain his senior year. He was also captain of the cross-country team. He is a member of the Doermann Memorial Presbyterian Church.

He is a student at Alice Lloyd College, where he is majoring in biology and received all A’s his first semester. After receiving a bachelor’s degree, he plans to attend medical school to become a doctor.

Cornett says he likes that his community has a laidback country atmosphere and can’t imagine living anywhere else. Once his studies are complete, he says he wants to return to eastern Kentucky to live and work as he is a big family person and would like to be near his family and friends and give back to his community that has done so much for him.