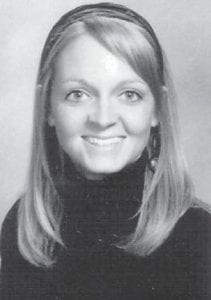 Pettinato, daughter of Frank and Barbara Hampton of Jenkins. was graduated from Fleming-Neon High School in 2003, first in her class with a 4.0 grade point average. While attending high school she was co-captain of the academic team, captain of the basketball team, a member of the track team, assistant Editor of the yearbook/newspaper staff , a member of the SADD and Beta Clubs, and participated in the Schoolto Work program at Whitesburg Appalachian Regional Hospital.

She is a graduate student at the University of Kentucky in the Pharmacy Program (UK College of Pharmacy) and plans to earn her degree as a doctor of pharmacy. She will also graduate with a master’s degree in public administration.

While attending UK, Pettinato has been a member of the Lambda Kappa Sigma Professional Pharmacy Fraternity and the Kentucky Alliance of Pharmacy Students, a volunteer with the UK Reading Buddies and the Moveable Feast, and a member of the Student Athletic Council. She says she is a self-motivated, determined, and goal-oriented individual and she has received numerous academic honors and recognition in pursuit of her goals. 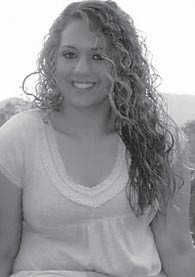 She became interested in becoming a pharmacist while participating in the WARH School-to-Work program in high school, and says she wants to return to this area in which she grew up and loves to give back and help others in her community. She loves the natural beauty of the mountains and feels growing up here has shaped her into who she is today.

Watts, daughter of Robert and Sharon Watts of Whitesburg, was graduated from Letcher County Central High School in 2008. She was second in her class and one of five valedictorians with a 4.37 GPA. While attending high school, she was vicepresident of the Student Government Association, Interact Club treasurer, a member of the Drama Club, BETA Club, Pep Club, and softball team, and a National History Day state runner-up and national competitor. 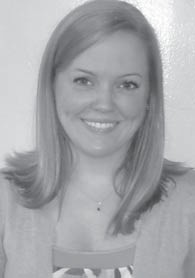 She is a sophomore at the University of Kentucky and plans to major in accounting because of its combination of math and business. She will continue her studies until she has earned a master’s degree and then a certified public accountant license.

Watts says she knows how important it is to set big goals for herself and then to strive very hard to achieve those goals. She says she loves the simplistic beauty and small town atmosphere of her community and after she earns her degree there is no better place she can think of to live and work than in eastern Kentucky.

Whitaker, daughter of Marion and Twila Whitaker of Cornettsville, was graduated from Letcher County Central High School in 2006, 11th in her class with a 4.04 GPA. While attending high school, she was on the honor roll all four years and was a Who’s Who Among American Students and co-captain of the volleyball team.

She attends Alice Lloyd College where she is a senior with a double major, pursuing degrees in history (prelaw) and social science with a minor in English. While attending college, her grades keep her on the honor roll, and she has been vice-president of the Student Government Association, a resident advisor, a yearbook editor, a member of the Alpha Chi Scholastic Society and the IMPACT Club, Who’s Who Among American Students, and co-captain of the volleyball team.

After graduating from college, Whitaker plans to earn a law degree and would like to one day return to her community to practice law and create a community civic center. She says she is a responsible, driven young woman with loads of ambition. She prides herself on being a people person who loves her family, community and her faith, and loves helping others. She has recently made her second donation to Locks of Love, an organization that takes hair donations to make wigs for children with cancer and terminal illnesses.

Whitaker says she loves her community and the sense of belonging and hospitality that is so prevalent where everyone loves their neighbor and wants to some day be able to give back to the community that nurtured her and contributed to her academic and social success.