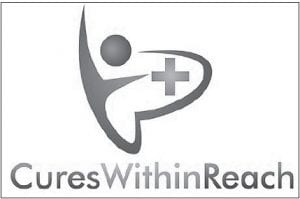 Think of it as Goodwill versus Bloomingdale’s — except with medicine.

Today most researchers trying to cure a disease are like designers. They start from scratch in a lab, trying to create something unique and miraculous (and, some hope, lucrative). The odds against them are terrible — for every 10,000 new drugs tested, one actually gets to patients — and the expense is enormous, too; $250 billion in research a year yields maybe 30 new drugs.

Isn’t there an alternative?

There is. Call them thrift shop drugs — drugs that were created for some other people with some other disease but that just might work on another ailment, too.

“Think of Benadryl,” says Dr. Bruce Bloom, president and chief science officer of Cures Within Reach, a Chicago-based philanthropic organization that funds research into “repurposing” old, often inexpensive, medicines. Benadryl dries up mucous membranes, so it’s great for allergies. But it also zonks out anyone (including me) who can’t sleep. It’s two drugs in one.

Now think of all the other drugs out there for everything from cancer to cataracts. Plenty of those drugs could do more than one thing, too, if scientists bothered to study them. That’s the kind of research Cures Within Reach supports.

After all, the “old” drugs have already been given the green light for human use, so that’s about a decade of clinical trials they can skip. That’s also billions of basic research bucks saved, making them the cheapest way to start treating almost any neglected disease.

Is it the very best treatment? Not always — but that’s OK. “I would say that so far, about a third of the time, the stuff we have is perfect,” Bloom says. In other words, the repurposed drug does exactly the job a dream drug would do. But even the other twothirds of the time — when it is not perfect — it is still far better than anything that has been available to date, which is often nothing. And it’s affordable. And it can be used immediately. If ever there was a case of not letting the perfect be the enemy of the good, here it is — in a pillbox.

Consider the disease called ALPS. Just 1,000 kids in America have it. They die in their teens, and it costs $100,000 a year to keep them alive even that long. But one young researcher had a hunch that a drug from the 1970s just might cure it. All he needed was a $25,000 grant.

Too bad. He couldn’t get it. After all, what was the upside? We’re talking about very few patients to be saved and a drug with an outdated patent, meaning very little money to be made. Time passed, and kids died — until Bloom’s group heard about the research and cut the guy a check.

Today that drug from the Nixon era is giving ALPS kids a normal life — for $10 a day.

How many times does a doctor notice a beneficial side effect of a drug and start offering it, offlabel, to patients suffering from something else? It happens all the time. Now imagine harnessing all those off-label ideas, testing them as quickly as possible and getting them out to people in pain.

Maybe the repurposed drug is perfect; maybe it’s not. But going back to the thrift shop analogy: If you’re freezing and you’ve got the choice between a designer coat that might take years to complete (if ever) and a secondhand jacket that you could throw on today, it’s time to come in out of the cold.

That goes for research on repurposing drugs, too.

NOTE: For more information, please go to www.4cures.org/home/cures_ within_ reach.