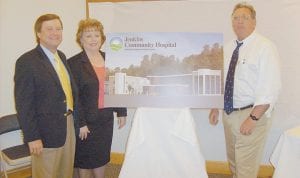 A thrill ride at a Louisville amusement park remained closed this week while investigators continued to take statements from witnesses about an accident in which a teenager’s feet were cut off, state officials said.

The investigation will continue for several more weeks, Frye said.

“Our investigators are analyzing a tremendous volume of evidence in order to piece together exactly what happened. It’s more important to be right than to be fast,” Frye said.

Lasitter was riding the Superman Tower of Power when the cable broke, and her feet were cut off just above the ankles, investigators said. The ride has been closed since and will not reopen until the investigation is complete and the ride has been inspected and tested, Frye said.

The state has been trying to determine what caused the cable to break. Department investigators were taking written statements from witnesses, reviewing statements and analyzing physical evidence and photographs of the scene, Frye said.

The Agriculture Department has been in contact with the ride’s manufacturer, Intamin Ltd., Frye said.

The ride was last inspected April 5 and found to be operating normally, Frye said. The ride passed inspection in each of the last four years, according to records.

Lasitter’s family, in a statement issued last week, said the girl was in stable condition at Vanderbilt University Medical Center in Nashville, Tenn. Family members thanked the public for their concern and asked for privacy.

The ride lifts passengers 177 feet straight up, then drops them nearly the same distance at speeds reaching 54 miles per hour.

Six Flags shut down similar rides at parks in St. Louis; Gurnee, Ill.; and near Washington as a safety precaution, said Wendy Goldberg, a spokeswoman for Six Flags. Those rides remained shut down July 2 while the company undertook a safety inspection, Goldberg said.