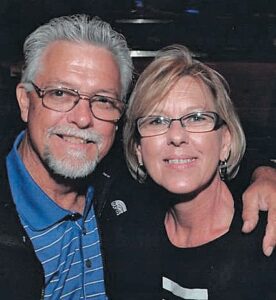 The late Tim Breeding and his wife Carol

Breeding, 67 of Isom, was buried in the Isom Cemetery after a walk-through visitation and private funeral at the Isom Presbyterian Church where he was a longtime elder.

A son of the late Cullen and Allie Blair Breeding, he died September 15 at Whitesburg Appalachian Regional Hospital.

Mr. Breeding was the owner of Breeding’s Plumbing & Electric in Isom, longtime president of the Isom Days Festival Committee, and was involved in dirt track racing, go-kart racing and motocross.

Private funeral services were held. Burial was in the Isom Cemetery at Isom.