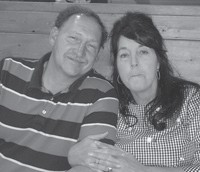 Oscar Profitt Jr. and Teresa Watts Profitt. Oscar’s birthday was on the 6th.

I can see the fall colors beginning to show up and it makes me want to cross the Little Shepherd Trail over into Kingdom Come State Park. This is one of our yearly traditions. I see an awful lot of Facebook pictures of others that enjoy this little piece of eastern Kentucky, too. If you’ve never traveled across the Trail or gone into the park, you should make it a point to do that in the next week or two before all the leaves have fallen. Might even see you a bear or two.

My sister had a little incident at Mom’s about two weeks ago and we have laughed and laughed over it. I wish I could have a video of it or have been there to have seen it myself. But, I wanted her to do the actual writing it up and here is her entry:

“ My nephew, Seth, bought one of those puzzle/ brain teaser toys that you have to take apart somehow. We’ve all been passing it around for a couple months and none of us have been able to get it apart. It’s two rings of hardened steel with some spokes and slots here and there. They’re intertwined in a way that it just doesn’t seem possible to get them apart. 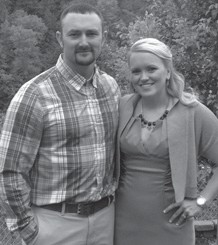 Chris and Amanda Sturgill. She had a birthday on the 7th.

“ Well, my grandson Canaan, who is not quite three years old, was nosing around looking on a high shelf at Mom’s where we put things out of his reach. But he pulled his highchair over to it and was standing up in it backward when I caught him. I said, ‘Get down from there, Canaan! There’s nothing up there you can have.’ He saw that puzzle thing and said, ‘Play with that?’ I said, ‘Well actually, yeah, you can play with that. There ain’t no way you can tear that up.’

So he got it and sat down to play. I turned my back to him and sat at the table. I heard him playing and pecking on the tray with them and making his baby noises. After a few minutes I got up and passed by his highchair, and to my great surprise, he had those two rings separated and was spinning each one on his tray! I just stopped in my tracks, staring at those rings thinking ‘there is no way this baby got those things apart!’ 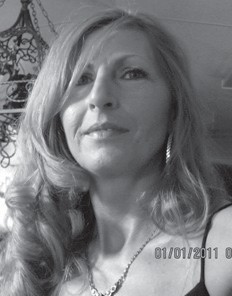 Vada Toler had a birthday on the 6th.

“I was just speechless, which rarely happens. I got hold of myself and began to question him, trying to keep my voice casual so as not to alarm him. I said, ‘Canaan, how did you get those apart?’ He shrugged one shoulder and said, ‘Nuttin’, which is always his answer when he thinks he’s in trouble. I said, “It’s okay if you did, Baby. That would be a good thing’ but he wasn’t understanding or explaining.

“I was trying to think how I could word the question so he would understand. I said, ‘When you got these down, Honey, was they in one piece? Or two?’ But he wasn’t talking.

After a while getting nowhere with it, I had a bright idea. I took a picture of the rings and sent it to Jeanette with the text WHO DID THIS? After a while her message dinged and it just said ALBERT. I was actually relieved, though I felt like a nut. Turns out Albert don’t know how he did it. Said he was just messing with it and it kinda fell apart in his hand. Which is always his excuse when he had torn something up, which he is rather famous for. Daddy always said, ‘That boy could tear up a brass monkey!’ So far, none of us has been able to get the puzzle connected back together.” 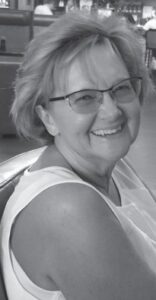 Deborah Jean Mullins had a birthday on the 8th.

Before I list the birthdays I would love to congratulate Dexter Campbell and Lisa Bates Campbell on their wedding October 8. They both went to the altar October 3 for salvation and now this. Dexter testified Sunday night and said he wanted to thank God, it had been a wonderful week. They plan on getting baptized later when all their family can be with them.

Now for the birthdays, Debbie Gibson, Bob Smith, and Dortha Toler Johnson celebrated on the 1st. Ryder Meade and Stephanie Bolling had birthdays on the 2nd, Kim Seals and Myrtle Boggs on the 3rd, Bessie McPeek, Becky Jones Ison and Sambo Jones, who are brother and sister but were born different years, on October 4th, Helen Bates, Tim Seals Jr., and Ruby Boggs on the 5th. On October 6th there was Alex Lucas, Oscar Profitt Jr., Lynn Sexton Bolling, and Vada Toler, Kim Cornett Sturgill and Amanda Sturgill on the 7th, Carol Shepherd Day and Deborah Jean Mullins on the 8th. Bill Frazier, Jamie Long, and James Dean Yonts celebrated on the 9th, Creda J. Isaacs and Peggie Bach on the 10th, Matthew West, Lane Johnson, and John Honeycutt on the 11th, Therman Belley Jr. and Dakota Kincer on the 12th. Teresa Pigman will celebrate on the 13th. 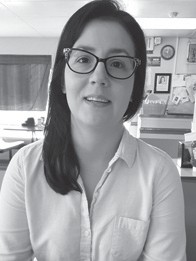 Jamie Long celebrated her birthday on the 9th.

If Oma were alive today no doubt she would be asking you all to attend church this Sunday. As I do, too. 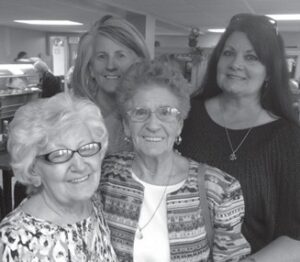