Times with Grandma were special 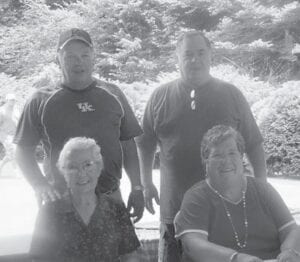 Merry Christmas in July. Can you believe we are nearing the end of July already? I can’t speak for anyone, but it seems the past few months have been never ending.

There are times I can’t keep the days straight, as they seem to disappear, or I think it is Friday with it being a Tuesday, etc.

I hope that everyone is staying as cool as possible. No I am still not complaining about the heat, I am saving my energy and complaining for about five months then look out. I was going through things on this contraption called the computer, and something came up from nine years ago, evidently it was extremely hot then too.

As thoughts wander back to the younger years of growing up in the mountains, I can’t recall of hearing the exact temperature or even knowing how hot it was. The children played outside, under the shade of trees that was always a plus. There were no water hoses, no swimming pools except the river, which could bring so much pleasure, and yet was dangerous. 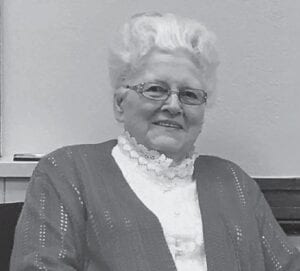 There really weren’t that many children in the little town of Roxana during my period of childhood. There was the Mitchell family, Cuma Jean, Alice Faye, Chuck, and Willie. Three were older than me and Willie was my age. Ray and Fay Gentry had a bunch of younger than me. Marion and Sophia Maggard lived in Roxana for a while and had a large family with girls about my age.

Kingdon and Rachael Frazier moved to Roxana from out of state. They had three boys, Charles Kingdon,

Kenneth, and Stevie. Charles was older than me, Ken was about my age, and Stevie was a tad bit younger.

I am the oldest of my siblings. I would play with the Maggard girls as Mary was older, and I seemed to navigate to her for some reason. Mary was always kind to me; actually the whole family was. Marion and Sophie Maggard and the family lived on Kingscreek for quite a few years also. My point in writing this is there really weren’t that many children, especially girls my own age. 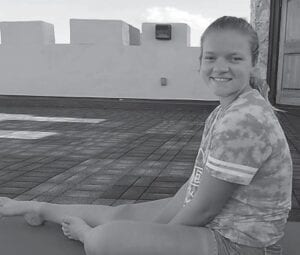 Anna Nottingham and her daughter Katelyn ventured to the Kentucky Castle in Versailles, which is close to Lexington. Katie enjoyed a yoga session. Southern Ohio correspondent Rose Ballard said, “I sent Anna a message saying she forgot something. Me!”

I’ve spent many summer days playing at the river’s edge, lifting rocks catching tadpoles, and trying to catch minnows, especially crawdads. Now those things can pinch the tar out of your little fingers. Sometimes I would release them, other times I had a container which would consist of a Prince Albert ‘baccer can. I would pinch the crawdads’ tails off then take them to Grandma Rosa Hall, as she used them for fish bait.

The time that was spent with Grandma was always so special, regardless of what we were doing. If Grandma could find an old tire that someone would throw over the bank. She would hide the tire, then pick a night to go fishing. Grandma would set the tire on fire, then we would fish until late at night.

I was so young I didn’t realize the foundation for my life that grandma was laying. It was like she was pouring layers after layers of cement, which have stayed with me through the years.

Grandma never had any luxury, as a matter of fact she really didn’t have the bare necessities of life to sustain her, yet she never complained or asked for handouts. I’ve walked with her to the mouth of Mill Branch or Tolson Creek to Aunt Mat Frazier’s to do laundry on a washboard, which would take almost all day. Maybe she would get a drink of water, while she was scrubbing the clothes, making enough money to get a can of cream, and enough to get her a bit of chewing tobacco.

There were times she was paid with a bit of vegetables from the garden, if in season. Over the years somehow Grandma had managed to get a few pretty bowls, which she would trade to Ora Burke for a can of Carnation or Wilson Cream.

If memory serves me right, in time Grandma did get something called old age pension check. I believe hearing talk of the amount of $13 a month. Sometime later something called commodities became available. I am sure Grandma must have thought she had died and gone to heaven to have a little extra food.

Grandma would very seldom make biscuits for breakfast as she always made a skillet of water gravy when she didn’t have cream, and a pone of cornbread. There has never been anyone in my entire life that could make cornbread that tasted as good as Grandma baked, or cook soup beans, pinto, that tasted like Grandma’s either.

Written by Sandra Darlene Campbell to Freda McCool: Happy birthday to this beautiful lady that God blessed me with the privilege to call Mom. At the age of 86 years young, she has accepted the challenge of communicating with her loved ones during this pandemic in a whole new way. In a matter of months, she has learned about the world of computers, Internet, Facebook, Messenger, and how to do video chats. She has amazed me with her ability to grasp new concepts, I think that she will be ready for her own blog before long. If you have a minute, stop by her page and wish her a happy birthday. I am sure that she will be happy to hear from you.

I finally decided to buy something I have wanted for a long time and was just too stingy to get it. I bought a chamberpot like Mommy had for us kids to use at night growing up in the mountains.

A couple of weeks ago when Vickie Power and I ventured to Warm Glow Candle Co. in Centerville, Ind., we passed a small table that someone had set out for garbage. To Vickie’s surprise I turned the car around to pick it up.

Vickie made the remark that it was scuffed looking, I was perfectly aware of that fact, I also know that my daughter Kay Gray can do wonders with damaged wood, although probably much can’t be done to improve the top. That is fine with me as I placed a hand towel the size of the tabletop on it, as I knew I had a nice round crocheted doily or scarf, whatever you want to call it.

I soaked the scarf to whiten it, and when it was dried and everything in place, I put the chamberpot on the table. I like it very much.

Now my son Keith Ballard thinks I should trade it for a nice chrome shelf that is the garage. I love what I have and I don’t want a chrome shelf.

Who remembers hearing the old saying while growing up in the mountains, “Why they don’t have a pot to pee in, or a window to throw it out of”?

Well I have both, which reminds me of another old saying, when someone had an inside bathroom put in the house, someone made the remark that they couldn’t understand why someone would want use a bathroom in the house, and want to eat outside. Meaning have a picnic.

Now you have had your laugh. Well it beats listening or reading to all the bad news of the coronavirus. At least the protestors’ rioting, looting, stealing and destruction has seemed to subside at least a little.

I haven’t watched very much news since I enjoyed the much needed trip to the mountains. I catch a few minutes in the wee hours of the overnight news as I wake up all hours of the night.

Saturday morning, I made another trip to the Farmers Market at Oxford. Jericho Old Time Band, Warren and Judy Waldron, Dale Farmer and Amy Coogan perform from 10 a.m. to 12 p.m. each Saturday. This is the highlight of my week. I’ve been hearing that spending time alone is bad for your physical, as well as mental health as you get depressed.

I guess I am weird as I have never disliked being alone. As much as I love people and dancing, I still enjoy being alone, and especially don’t like neighbors.

Johnny and Ann Calihan are still hanging in, might just be by a thread, but they are still doing as well as expected under some circumstances. Ann is a diabetic and she has trouble with a spot that reoccurs on her leg.

Hello to Les and Pat Wagner since I haven’t talked to Les and Pat in a week or so. I know Les and Pat, along with Becky and Polly, are wanting to head for their home on Pine Creek.

One day I was wearing a shirt with the mountains on it and I was asked why I didn’t move back to the mountains since I loved them so much. I simply replied that if it wasn’t for my family, I would move in a heartbeat. There’s really nothing back there except the memories.

Each time I hear of the prison that was supposed to be built, that was stopped, I think how it possibly could have given jobs for people.

What I don’t understand is if $600 was added on to people who is getting unemployment, what about the people who gets SSI, Disability and SS? I do get tired of hearing about people receiving help through the food stamp program. Have you ever tried to get assistance with food stamps? If you get at close to $1,000 a month you will get all of $16.

My sympathy goes to the family of Linda Hall. I had the pleasure of meeting Linda several years ago and we became close friends for sometime, before I became very ill. We still remained friends, just didn’t get together. I am glad I did meet her and am thankful for our friendship.

Sunday evening, my 13-year-old sidekick Bennie Wiederhold wanted to spend some time with me. The only thing is that Bennie doesn’t want to go home when it is getting late and I am running out of energy. Bennie never gains any weight and can eat more than an adult.

I am down to just a few issues of the Beauty of a Rose. There won’t be another reprint. $15 and $6 postage. Thanks to all who have purchased and for the nice comments.

Hello Nina Craft, it was nice talking to you.

Buddy and Bernice Grubb, I hope you two are doing alright.

Mike and Marcia Caudill, if we aren’t shut down, and my granddaughter Jodi Gray Davidson doesn’t put me in time out again, I hope to see you before long. Just keep some firewood ready, so I can have a couple of marshmallows.

I am wearing a face shield when I go out in public, plus carry a mask in case I forget the shield.

This past week I had three doctors appointments. The orthopedic doctor says there is nothing else that can be done for my wrist and ankle, although they are still swelling. My cardiologist says he will see me in six months, as everything looks great. My primary care doctor is sending me for blood work to see what is going on, and of course I am still having stomach and digestive issues. At least I am not on a feeding tube.

Once again time is creeping up, so until next time, Rose Ballard, 9110 Lawrenceburg Rd., Harrison, OH 45030, email: Bluegrassmama4@aol.com.