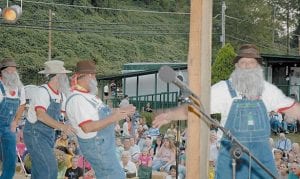 The annual Neon Days Festival was canceled on the

night of Sept. 7 after the sudden and unexpected death

of Tim Hall, who for years helped organize the festival

and was one of the leading community volunteers in

the town of Fleming-Neon.The theme for this year’s

event was “I Love F-N.” As these photos show, it is

unlikely that anyone loved Fleming-Neon any more

than Hall, who devoted countless hours of time to his

volunteer work as a member of the Jaycees and member

of the Neon Days Festival Committee. 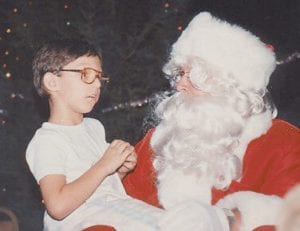 Dressed as Santa Claus during a Christmas parade sponsored by the Neon Area Jaycees, Hall spoke with young Aaron Polis in this file photo. 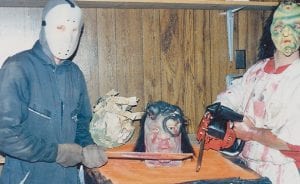 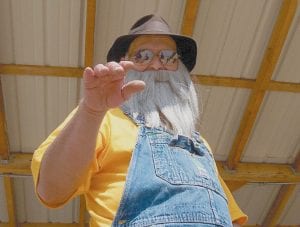 Hall waved from the stage while performing with the Soggier Bottom Boys during the 2004 Neon Days Festival. 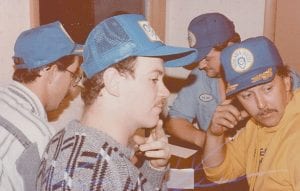 This photo shows a younger Hall (far right) during a radio auction held to raise money for the Neon Area Jaycees. From left are Bryan Gooch, James Adams and Sonny Bates. 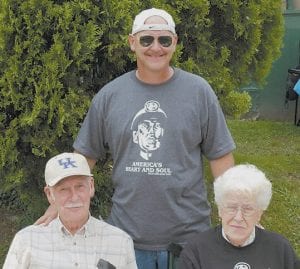 Hall posed with parents Bruce and Geraldine Hall during the 2006 Neon Days Festival. 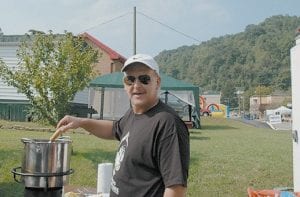 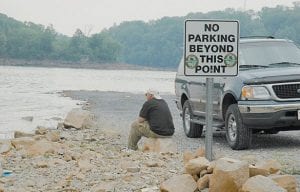 This photo was taken at a lake in Tennessee this past May as Hall enjoyed a quiet moment during a bass fishing tournament held to benefit the Neon Days Festival and the festival committee’s Christmas Lights Project. 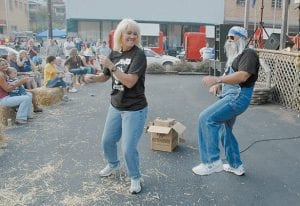 Dressed up here as a member of the Soggier Bottom Boys, Hall danced with 94th District State Rep. Leslie Combs when Combs was campaigning for office during the Neon Days Festival in 2006.