To appear on July 4 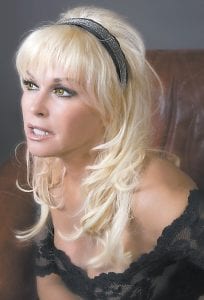 Having landed more than 25 singles on Billboard Hot Country Singles charts since 1989, Morgan has had three number one hits — “Five Minutes,” “What Part of No” and “I Didn’t Know My Own Strength.”

Morgan has sold more than eight million records and has recorded 12 albums including her latest release “Letting Go… Slow.”

More information on the concert will be released as it becomes available.