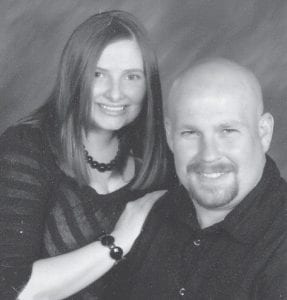 Carol and Herman McIntyre of Ulvah, announce the forthcoming marriage of her daughter, Nancy Campbell, to William Edward Walters, son of Virgie Martin of Blackey. The bride-elect is the daughter of the late Clifford Campbell of Ulvah. She is a 2003 graduate of Morehead State University and is employed by Norton Community Hospital as a x-ray technician. The bridegroom-elect is a repairman for Enterprise Mining Company. The wedding will take place at 5 p.m., August 23, at Fishpond Lake outside of Jenkins. A reception at the Mountain Shrine Club in Whitesburg will follow. The couple will spend their honeymoon in Hawaii.