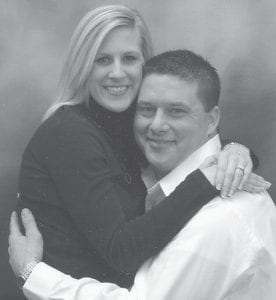 Jessica Erin Lucas and Michael Alan Schroeder will be married at 4:30 p.m., Saturday, August 2, at Graham Memorial Presbyterian Church in Whitesburg. The bride-elect is the daughter of Keith Lucas of Cowan and Pam Adams of Whitesburg. Her grandparents are Richard and Maxie Lucas of Cowan, Larry Crabtree of Rutledge, Tenn., and Joyce Larkins of Morristown, Tenn. The bridegroom elect is the son of Nancy Schroeder and the late James Schroeder. His grandparents are Morine Badgett and the late Eugene Badgett of Louisville, and the late Art and Rita Schroeder of Louisville. The custom of an open wedding will be observed and friends and family members are invited to attend.