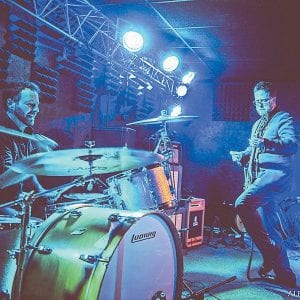 The Cold Stares are a Nashville-based duo whose members are originally from western Kentucky. The band, whose music is favorably compared to that of the White Stripes and The Black Keys, will be in concert Saturday night at Summit City in Whitesburg. The duo earned many fans here in August while opening for Rival Sons.