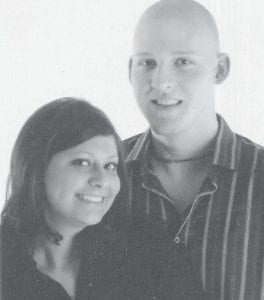 Randi Marie Day and Jonathan Michael Banks will be married August 29 at Raven Rock Golf Course in Jenkins. The bride-elect is the daughter of Alice and Doug Hayes of Payne Gap and Scott Day of Cowan. She is the granddaughter of R.C. and Frances Day and the late C.B. and Mary Jo Wolfe. The bridegroom-elect is the son of Michael and Donna Banks of Thornton and Belinda Hall of Whitesburg. He is the grandson of Helen and Doug Blair, Fred Banks, and the late Burnis and Shirley Collins Sexton. The couple reside in Whitesburg.