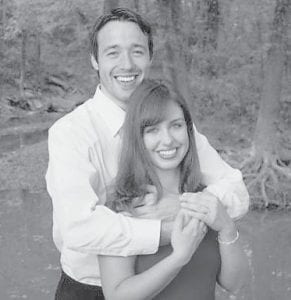 Kayla Whitney Sheppard, formerly of Lovely and Prestonsburg, and Seth Alexander Greer, formerly of Jeremiah, now both of Lexington, will be married December 22 at the Ramada Carriage House in Paintsville. The bride-elect holds a bachelor’s degree and is working on a master’s degree in French at the University of Kentucky. She was graduated as salutatorian with the Class of 2006 at Allen Central High School. The bridegroom-elect holds a bachelor’s degree in accounting from Morehead State University. He was graduated as salutatorian with the Class of 2008 at June Buchanan School. She is the daughter of Anita Bailey of Prestonsburg, and Dwayne Sheppard of Lovely, and the stepdaughter of Kerry David Bailey of Prestonsburg, and Sandy Sheppard of Lovely. Her grandparents are Jack and Joann Derosette of Dingess, W.Va., and her great-grandmother is Jannie Marcum of Dingess, W.Va. He is the son of Darryl and Lana Greer of Jeremiah. The couple will take a honeymoon trip of a cruise to the Bahamas, Nassau, and Half Moon Cay.