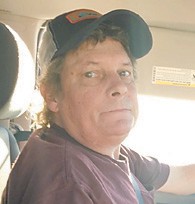 Funeral services for Tommy Dane Seals, 53, of Colson, were held September 17 at Letcher Funeral Home. Burial was in the Dane Seals Cemetery at Colson.

Mr. Seals was the son of Thelma Gibson Sullivan of Florida and the late Daniel Seals.

Surviving in addition to his mother are a son, Tommy Dane Seals II of Richmond; two brothers, Gary L. Seals of Somerset and Larry Allen Seals of Garner; and two sisters, Theresa Lynn Gibson of Florida and Regina C. Cantrell of Colson.