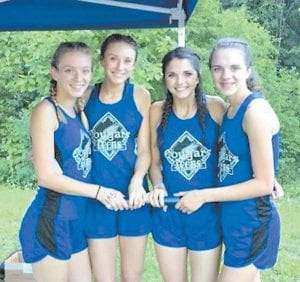 This picture shows the 4×800 team that will be going to state. The first one left to right is Ally Damron, Kacey Troutt, Marlee Baker, and Sam Crawford.

Nick Spangler and Marlee Baker, both freshmen, won the boys’ and girls’ pole vault competition and will advance to the state completion May 27 at the University of Kentucky.

Also advancing to the state meet is the girls’ 4X800 team, which consistsof Marlee Baker, Sam Crawford, Ally Damron, and Kacey Troutt. They won the region with a time of 10:54.

Other track member’s receiving medals at the meet were: Gracie Smith, 4th in the 100 meter hurdles; Sam Crawford, 3rd, and Kacey Troutt, 4th, in the 1600 meter run; Marlee Baker, 3rd 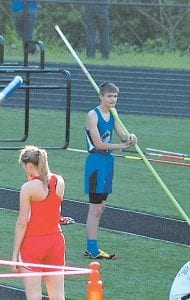