Traveling for care to save money 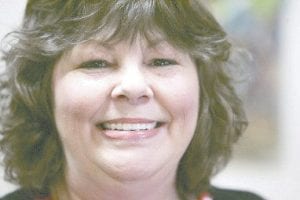 Sheila Liner of West Columbia, S.C., has her smile back after traveling to Costa Rica to have extensive dental work done, while saving thousands of dollars on the procedures. (AP)

A trip to Costa Rica did wonders for Sheila Liner’s smile. The sun and sightseeing had little to do with the improvements.

Liner spent years suffering from piecemeal dental work that led to sinus infections and a swollen face. But she didn’t have the money — an estimated $14,000 after insurance — for the nine crowns, three root canals, deep cleaning and partial dentures she ultimately needed.

At the suggestion of her boss, the 49-year-old customer service representative got in touch with a subsidiary of her insurance company and traveled to Costa Rica, where the work cost her $3,600 out-ofpocket. Even after spending $1,700 on the nine-day trip, including hotel, meals and sightseeing, she still came out $9,000 ahead.

The research firm Deloitte Center for Health Solutions reported that 750,000 Americans traveled abroad in 2007 for some form of medical care. Deloitte analysts estimated that number could increase to 6 million next year and projects the number will continue increasing. Other experts say the trend is growing, but perhaps not as rapidly.

The draw for patients seeking dental work, surgery and joint replacements are the discount prices for those who have high-deductible insurance plans, make flat-rate payments, like Liner, or have no coverage at all.

Self-insured companies, which often pay a percentage of workers’ medical bills, also can see a savings.

The Deloitte report also said more people are traveling for care because of the perception of improved quality at overseas hospitals accredited by the Joint Commission International, which also inspects U.S. hospitals.

But critics raise worries that trips to hospitals in India, Mexico, Thailand and Turkey can be problematic because of language barriers, an inability to return for follow-up care and a lack of ability to sue if something goes wrong.

Companion Global Healthcare Inc., the subsidiary of Blue Cross and Blue Shield of South Carolina that helped Liner arrange her dental care, reviews hospitals in its network to see whether “we would ourselves feel comfortable in actually having a surgical procedure” there, said company president David Boucher.

The subsidiary has contracts with three companies that provide their own insurance for employees and with BasicPlus Health Insurance of Roswell, Ga., a company offering the travel services to the 135 businesses to which it sells insurance.

Companion, which is one of several companies offering the services around the nation, can also be used by people insured by Blue Cross and Blue Shield.

So far, seven people have actually used Companion Global Healthcare’s service, but it’s not hard to see why the numbers are expected to increase.

Companion Global statistics say the average charge for a heart valve replacement in the southeastern U.S. is $177,000. That procedure can cost as little as $9,500 at one of the company’s network of 13 international hospitals.

The Deloitte report showed similar savings for other procedures, including knee surgery, which can cost almost $12,000 as an inpatient procedure in a U.S. hospital compared with $1,400 abroad — a tally of the average of the three lowest foreign prices, including travel costs.

Rick Wade, senior vice president of the American Hospital Association, said his organization has not taken a position on travel overseas for medical care. Some of the organization’s U.S. members, including prominent teaching hospitals such as Johns Hopkins and Duke, are partnering with international facilities and many of the doctors in those hospitals were trained in the U.S.

The biggest worry about traveling abroad for treatment is something going wrong, either while a patient is in another country or if complications develop later.

“It sounds to me like a real recipe for trouble,” said Arthur Caplan, professor of bioethics at the University of Pennsylvania. “If you want to buy your health care the way you buy your paper towels, trying to get them at the cheapest possible place, then you might be OK with this.

“But I think that’s not what you want to be watching in health care.”

Caplan said there is no dependable list of foreign hospitals or doctors that operate at U.S. standards and people are left to depend on the advice of insurance companies or others with an interest in keeping costs low.

“We’ve got sort of shopping going on by middlemen who are really watching the bottom line, so that bothers me in terms of being able to ensure quality,” Caplan said.

Liner says she has no regrets, though. She is considering returning for more work next year and said she would travel abroad for more intensive medical procedures if the savings were the same.