Tremor centered in Blackey is felt in at least 10 states


This map prepared by the U.S. Geological Survey shows the locations where an earthquake with a preliminary measurement of 4.3 on the Richter scale was felt in the eastern United States at round 12:08 p.m. on Saturday. The quake’s epicenter was at Blackey in Letcher County.

Did you feel the earthquake?

That’s the question that will be asked and answered for days to come in Letcher County after an earthquake measuring a preliminary magnitude of 4.3 on the Richter scale occurred at 12:08 p.m. on Saturday.

The U.S. Geological Survey said the earthquake’s epicenter was located about 10 miles west of Whitesburg in the Blackey area. Tremors were felt by residents from Columbus, Ohio to the north and Atlanta, Georgia to the south. Residents of Nashville, Tenn., and Greensboro, N.C., also reported feeling the earth shaking.

While there are some reports of property damage in Letcher County, the Letcher County Sheriff’s Office was mostly busy fielding calls from people wondering what had caused their houses to shake.

Sheriff’s dispatcher Chris Perry said he had received about 30 or 40 calls from people in different parts of the county wanting to know what had happened.

“People are calling just wanting to know what was going on, if it was an earthquake or an explosion,” Perry said about an hour after the earthquake. “It shook the building here good.” 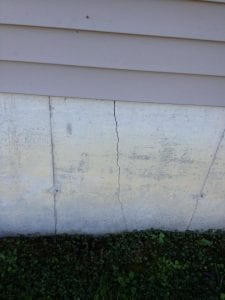 The earthquake damaged the home of Roland Brown in Blackey, where the tremor was centered.

Under the Richter scale used to measure tremors by the U.S.G.S., the 4.3-magnitude tremor is considered to be a light earthquake likely to cause only slight property damage even though it can be felt with slight to strong intensity. Heavy property damage becomes more likely when an earthquake measures at least 5.0

on the scale. Tremors measuring more than 6.0 likely usually result in a number of deaths. Still, a 4.3-magnitude quake releases 10 times more energy than 3.3 quake.

Roland Brown, of Blackey, was working outside when he thought he heard a loud train. Then he felt the ground rumble for about 10 seconds. His wife, Ellen, suggested that maybe what they felt was an earthquake. Roland Brown then looked on the U.S. Geological Survey website to confirm a tremor had happened near his home.

Brown said the foundation of his house located on Burton Hill cracked.

Perry said he hasn’t received any reports of injury or damage.

Rosie Mullins, a dispatcher at Letcher Fire and Rescue, said she has received about three or four calls from people wanting to know what happened. Mullins said none of the callers reported injuries or damage.

The earthquake was also felt in South Carolina.