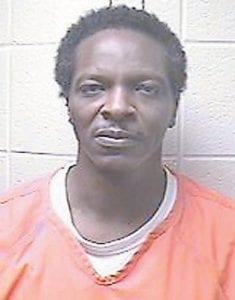 A jury trial is underway here this week for a Georgia man accused of murdering a friend here in 2011 in a dispute over drugs and money.

“Business was good,” Banks told jurors. “There were several trips made leading up to the shooting.”

Banks said McRoberts resident Robert “Snoop Rob” Rose was friends with White and had traveled with him to and from Atlanta to bring the crack cocaine to Letcher County. 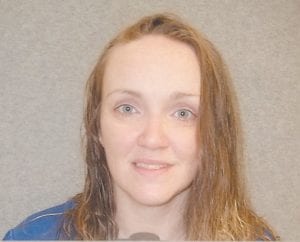 Angela Mays (above) and Tom Edward Blair (left) have already pleaded guilty in the case.

Earlier in March 2011, Rose was a cooperating witness with the Letcher County Sheriff ’s Department and had told police that crack cocaine was being sold from the Premier Subdivision home where David Wyatt, 31-year-old Angela Mays, and 40-year-old Tom Edward Blair were living. On March 18, 2011, Sheriff ’s Dept. Lt. Brian Damron had planned for Rose to help police seize a delivery of several thousand dollars worth of crack cocaine. Banks told the jury that Rose became nervous and that Damron instead knocked on the door of the home and told Mays he had received complaints of drugs being sold there. Damron asked Mays for permission to search the residence, but she told him she didn’t own the house and couldn’t give permission, Banks said. Damron saw that White was inside the house during what is called a “knock and talk,” Banks said.

“After Damron left, (Wyatt) told Angie they had to go,” said Banks. “Six days later there was a shooting.” 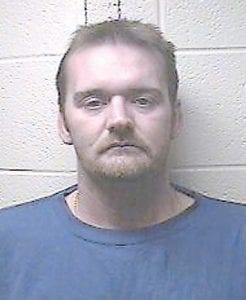 Johnson and White came back to Wyatt’s house on March 23 and asked if they could spend the night. After Wyatt was told that White and Johnson had no drugs with them, Wyatt agreed to let the two men stay until Mays could drive them to a bus station the next day, Banks said. At some point during the night White and Johnson began arguing. Banks said the dispute occurred after White had been looking for some money and drugs that had previously been hidden but couldn’t be found.

“He wasn’t happy about it,” said Banks.

Banks said that on March 24, the day of the shooting, White told Wyatt to take the mother of Mays and her 14-year-old son to the mother’s house in the Goodwater Falls section of Jenkins. When Wyatt came back, Johnson, Blair and Mays were seated at a kitchen table. Johnson was positioned with his back to the living room.

“As (Wyatt) went over to the refrigerator and poured juice he heard a sudden explosion,” said Banks, adding that Johnson, the victim, then asked if a gun had gone off and Mays asked Johnson if he had been shot. Wyatt was afraid to administer aid to Johnson so he left the home, followed by Blair, Banks said.

“Angie tried to call 9-1-1 and the phone was taken out of her hand by the defendant,” said Banks.

Someone did call 9-1-1 but hung up the phone. Kentucky State Police Dispatcher Sherry Cole told the jury that 17 seconds later Mays called 9-1-1 and reported that someone had been shot. Two officers with the Jenkins Police Department arrived a few minutes after the 9-1-1 call was received, but Mays and White told police that they didn’t know what had happened, Banks said.

“A single shell casing was found in the floor next to where the victim lay,” Banks told the jury.

A 9 mm handgun and a .45 caliber handgun were found, said Banks, adding that a live round found in White’s pocket matched the shell casing that was found.

Mays and Blair have both pleaded guilty to their parts in the murder and will testify against White. Banks said both would tell jurors during the trial that White wanted them to help him kill Johnson and take his drugs and money.

“That will be the motive — drugs and money,” said Banks.

Public defender Richard Counts told the jury in his opening statement that Johnson is wrongfully accused of the crime.

“Alfred did not shoot his friend Walter,” said Counts. “He is not guilty of the murder. The facts of this case will show that Angela Mays and Tom Blair tried to pin this crime on Alfred as an outsider, an African American not from around here.”

Counts said Mays and Blair gave several different statements in an attempt “to cover up their very deep involvement in this crime.

“ They finally admitted to taking money off of Johnson’s body themselves and using it to buy drugs,” Counts said, accusing Mays and Blair of agreeing to testify against White “to save their own skin.”

Counts also told the jury there is no forensic evidence that proves Johnson is guilty.

“ There were gunshot residue tests,” said Counts. “Nothing was found on Alfred White’s hands. No fingerprints were found.”

Noting that White didn’t try to flee when police arrived at the scene, Counts said, “Evidence will show he was asking about his friend Walter.”

Mays pleaded guilty in Letcher Circuit Court on June 26. She was sentenced in August to prison terms of 10 years for first-degree robbery, a Class B felony, and five years each for the Class D felonies of criminal facilitation to murder and tampering with physical evidence. Mays is serving her time in prison at the Kentucky Correctional Institute for Women at Peewee Valley in Shelby County. She will become eligible for parole on Sept. 26, 2019 after serving 85 percent of the 10-year robbery-related conviction.

Blair was also sentenced to a maximum of 10 years in prison after pleading guilty September 13 to charges first-degree robbery, criminal facilitation to murder, possession of a handgun by a convicted felon and complicity to tampering with physical evidence. Blair, who has not yet been assigned to a state prison, is being housed at the Letcher County Jail. He too must serve 85 percent of the robbery sentence before becoming eligible for parole.

White has a “lengthy” criminal history dating back to 1994 in New York. He also has misdemeanor and felony charges in Georgia as well as a prior felony conviction out of Pike County for criminal possession of a forged instrument on March 29, 2010.

White was charged in a similar forged instrument case in Letcher County, where he was accused of forging a $497 check at Food City in Whitesburg after presenting a fake Kentucky driver’s license and a fake Social Security card under the name of Jamar Brown on Sept. 23, 2009.

The Letcher Circuit Court jury hearing the case was seated after lunch on Tuesday.

Prosecution witnesses were expected to continue to testify on Wednesday.