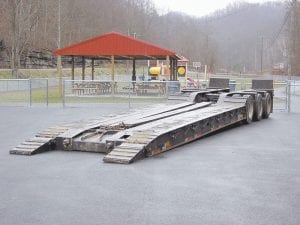 Thornton residents arrived at their new community park this week to find its parking lot damaged by heavy trucks which have been using it as a staging area for nearby natural gas drilling and pipeline construction projects despite being told to stay out by county officials. The photo at top was taken late Tuesday afternoon and shows a “lowboy” trailer used to haul construction equipment to sites being developed by Equitable Resources Inc. The photo at bottom left shows the crumbled remains of blacktop that was installed at the park in July, while the photo at right shows heavy truck tracks near an entrance to the park. (Photos by Ben Gish) 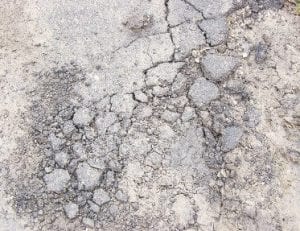 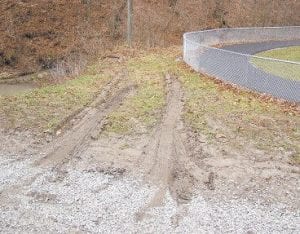