Turkey talk is subject of suit 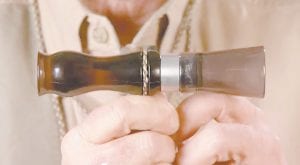 Down-N-Dirty is suing Knight & Hale Game Calls over the company’s decision to place its “Hale Fire” turkey call, shown above, on the market. This photo is a screen grab from advertisement.

Build a better turkey call and the birds — as well as competitors — will flock to your door.

When Down-N-Dirty Outdoors unveiled its novel air-blown turkey gobble call, hunters loved it because it made it easier to bag the birds. Competitors sought out joint ventures because the new device sold so well, but the Kentucky-based company says one hunting supplier went so far as to steal its novel design.

Down-N-Dirty is suing Knight & Hale Game Calls and asking a judge to stop the company from selling a similar call known as “Hale Fire” in an unusual legal fight that is a window into the highly competitive business of outfitting hunters.

The company’s air-blown design was a big deal because it was more realistic than shake calls and other commonly used calls on the market, said Chris Piltz, special events coordinator for the National Wild Turkey Federation in Edgefield, S.C.

“Not many people, unless they can gobble on their own, can do this well,” said Piltz, an avid turkey hunter. “It definitely can give you an advantage in the woods.” 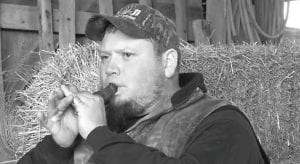 Down-N-Dirty’s “Haint” turkey call is seen in this ad image.

And that advantage translates into sales for the manufacturer. Kentucky and neighboring Tennessee each issue thousands of turkey hunting permits each year, and hunters bag more than 30,000 birds on average in each state.

Although imitations quickly followed, Down-N-Dirty’s was the first air-blown gobble call on the market, Piltz said.

And that’s why Down-N-Dirty, of Lewisburg, Ky., is now fighting to keep a lock on that part of the market. The company says it created the new call in 2010 and applied for a patent in May 2011.

It claims it met with Knight & Hale three times in fall 2011 to demonstrate the call and discuss either a joint venture on a similar call or selling one company to the other.

Knight & Hale of Cadiz, Ky., is jointly owned by Ebsco Industries of Birmingham, Ala., which also owns Plastics Research and Development Corp. of Fort Smith, Ark., another defendant involved in making turkey calls.

The talks went nowhere, and Down-N-Dirty began shipping its new call in December 2011. The company claims that Knight & Hale dismantled one of the calls sometime after that, copied its design and launched the similar “Hale Fire” call soon after. The company wants a judge to halt sales of that similar call and unspecified damages.

Andrew Palmer, a Louisvillebased attorney for Down-N-Dirty, declined to discuss the lawsuit, saying it could impede settlement discussions.

Messages left for Knight & Hale over the course of two weeks were not returned.

Piltz, who knows people with both companies, said hunters benefit regardless of how the lawsuit is resolved because a better call is on the market.

“If you can call … and make perfect sounds, it helps when you not only are having to hunt against the bird, but against other hunters,” Piltz said. “What people don’t realize is how big an impact calls make in the woods.”