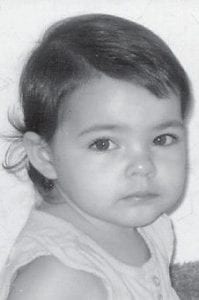 Faith Anderson celebrated her second birthday July 12 with an Abby Cadabby party. She is the daughter of Cindy and Alex Anderson of Camp Branch. Her grandparents are Carol Begley of Roxana and the late Cecil Begley, Leonard Anderson of Virgie, and the late Brenda Anderson of Jackhorn.