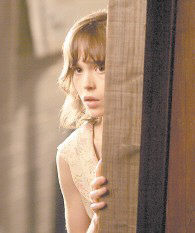 He was shot to death the day before his 45th birthday on April 1, 1984 – by his own father. Everyone remembers the death of Marvin Gaye. And everyone remembers the music he made. But the life he lived isn’t nearly as familiar. A new “American Masters” portrait, “Marvin Gaye: What’s Going On,” aims to fill in the gaps.

Gaye’s early hits included “I Heard it Through the Grapevine,” as well as romantic duets with Tammi Terrell, who died from a brain tumor in 1970 after collapsing in his arms on stage during a concert. This tragedy drove him to write and record his seminal album “What’s Going On” (1971). A decade later, “Sexual Healing” was his final hit.

Along the way, Gaye battled depression and substance abuse. Adding to his burden was the stormy relationship with his father, a traveling minister and strict disciplinarian at whose hands he died after an argument.

The documentary hears from Nick Ashford, Mos Def, Berry Gordy, Gladys Knight and Smokey Robinson, among others. It airs 9 p.m. Wednesday on KET. 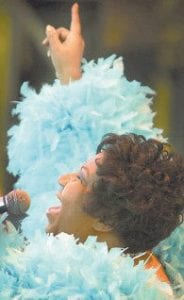 Immediately following at 10 p.m. on KET is “Aretha Franklin: Queen of Soul.”

Another show to look out for this week is “An American Crime,” which stars Ellen Page in the dramatization of a tragedy that will still shock you 40 years after it happened.

Adapted from real life, “An American Crime,” takes an unflinching look at a gruesome exercise of human cruelty and complicity.

The setting is Indianapolis of 1965, where 16-year-old Sylvia Likens and her youngster sister Jennie are left by their parents in the temporary custody of Gertrude Baniszewski, a single mother of five who’s coming unwound.

As Gertrude inflicts her punishment on Sylvia in escalating ways, the film is terribly disturbing to watch. Its saving grace: the performance by Catherine Keener as a pathetic monster, and, even more remarkable, Ellen Page (“Juno”) in the role of the preyed-upon teen.

Drawing from transcripts of the murder trial (Bradley Whitford plays the prosecutor), “An American Crime” examines the big questions arising from this case: How could anyone have done what this woman did? And why didn’t anybody come to Sylvia’s rescue in the weeks her torture and imprisonment raged on?

This film shows, and makes you feel, how painfully elusive the answers are.

Frazier Moore is a television writer and critic for The Associated Press.