Two charged after mishap at Sears 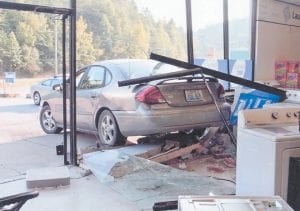 A Letcher County woman was charged with driving under the influence of alcohol or drugs after she backed her vehicle into the Sears store at Mayking late last week. The driver, whose passenger was charged with public intoxication, told police she doesn’t know what caused the mishap. See story inside.