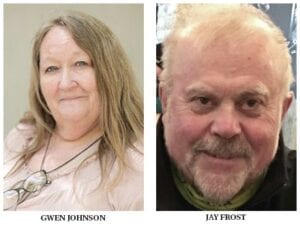 Hands Across the Hills formed in Leverett after the 2016 election and bridged with Letcher County to foster understanding between communities that differed widely in politics and attitudes. Three long weekend visits to each other’s towns and continuing Zoom meetings keep the dialogues, conversations and friendships growing. This is the first in a series of dual essays on topics meaningful to both communities.

Massachusetts: Protection for myself and others

I will confidently schedule my COVID-19 vaccination as soon as it becomes available in my community. I am over 70 and in good health, and I want this to happen sooner rather than later. I know that administration of the vaccine may be accompanied by mostly mild side effects, but that in trials these occurred only in a small percentage of subjects. I am willing to accept the risk.

For me, like most others in the Pioneer Valley and elsewhere in the Northeast, my choice to vaccinate is influenced by two factors: the desire for my own protection against the disease, and for the protection of those with whom I come in close contact. I believe that if the majority of our population chooses immunization we protect the community-at-large and can put an end to the pandemic.

Like many others of our generation, my wife and I have long believed in the benefits of vaccines commonly administered in the U.S.— for polio, MMR, DTaP, flu, and so on — for ourselves, our children, and the general population. Awareness of medical science plus a lifetime of personal experience have convinced us that common vaccines are safe and effective, protect us from serious (sometimes deadly) diseases, and prevent epidemics. Unfortunately, vaccination has become yet another hot-button issue fueling the political and cultural divide that threatens our country. The fault lines are familiar — Republican vs. Democrat, red state vs. blue state, rural heartland vs. coastal elite. From a Kaiser Family Foundation survey published in mid-December: Among Republicans, 42 percent of respondents said that they would probably not or definitely not get the vaccine even if it was free and determined to be safe. Only 12 percent of Democrats said they would decline the vaccine. In the same survey, among rural residents nationwide, 35 percent expressed hesitancy about the vaccine, eight percent more than suburban residents and ten percent more than urban dwellers.

Here in Massachusetts, according to a Boston Globe survey published in early December, 85 percent of interviewees said that they planned to get the vaccine as soon as it becomes available or would wait until others have been vaccinated.

Reflecting the above numbers, during a December Hands Across the Hills dialogue (via Zoom), our Kentucky colleagues indicated that a significant percentage of residents in their rural area opposed getting COVID-19 vaccinations.

(Note: The above surveys and conversation occurred just before the release of the Pfizer and Moderna vaccines. Several polls published since suggest that higher percentages of people plan to get the vaccine.)

For me, my COVID-19 vaccination cannot come soon enough. It will represent the first small step in the return to “normal” life, a time when — eventually — our group from Leverett will meet again with our Kentucky friends, to embrace them, and to share once more the stories, songs, potlucks, and home visits that have helped our project actively address the barriers that divide our country.

The coronavirus vaccine is now being distributed and administered all over the United States, but many folks here in eastern Kentucky are not interested.

Over the weeks since these articles were conceived in a Hands Across the Hills brainstorming session with participants from Leverett, Mass. and Letcher County, I conducted an impromptu survey among the highways and the hedges of my local area. I asked a simple question: How do you feel about the prospect of being injected with the new COVID 19 vaccine?

Among some respondents, the question was met with skepticism and thoughtful consideration. They said that they would wait and see what happened but would not take the vaccine just yet.

Others answered with a resounding “No!,” but then tempered their responses by suggesting that they might later take the vaccine after waiting to see if there were any health concerns or side effects among early adopters.

Still others, like myself, expressed the desire to promptly take the vaccine in order to get on with our lives and quit worrying about it. (Among this group were several health care professionals who are mandated to receive the vaccine.)

The numbers of respondents in each of the three groups were about equal. This led me to wonder: Do the results of this survey reflect public opinion in other parts of the country, or are we unique here in our region?

When the first vaccine shipment arrived in our county, the local newspapers ran front-page stories announcing its availability. I applauded the news, but not all my neighbors felt the same way.

Many residents continued to be apprehensive and hesitant even after the vaccine became available. Perhaps, they thought, this is just another “marketing” experiment using hillbillies as subjects, such as in the early 2000s when Purdue Pharma dumped tons of Oxycontin into Appalachian communities via local healthcare systems and pharmacies. For years, Oxycontin—dubbed “hillbilly heroin”— flooded our mountain communities, with dire consequences.

If some people here in eastern Kentucky are slow to get on board with a new medication, please understand that this is not our first rodeo. We have been exploited by Big Pharma and healthcare systems, triggering an epidemic of drug use and incarceration that has created a near-complete failure of family and cultural systems.

If some folks are slow to embrace this “miracle” vaccine that could end the dreaded coronavirus, this could possibly be why. So before you judge us too harshly, try to put yourself in our shoes (although they may not be as nice as the ones you typically wear).

Human medical experiments without a patient’s consent may be outlawed in this country — unless, of course, you were a hillbilly in moderate pain during Oxycontin trials. Some folks around here are suspicious lest they fall prey to yet another “miracle” medication.

Gwen Johnson, a self-described hillbilly woman from Hemphill, is proprietor of Black Sheep Bakery and Catering, an entity that generates revenue for the non-profit Hemphill Community Center. She has been a member of Hands Across the Hills since 2017.

Jay Frost is a retired freelance writer and former Leverett resident who recently moved to New Hampshire. He is a founding member of Hands Across the Hills and remains active in the project.