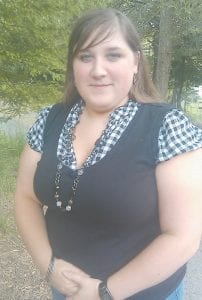 Two Letcher County residents will compete in the finale of the “Country Music Highway Road to Fame” contest.

Shelley Young, of Jenkins, is one of three contestants to secure a top-12 spot at the semifinal competition held May 18 at the Mountain Arts Center in Prestonsburg. Young, a daughter of Eva Young and the late Claude Young, performed “Just A Memory”, a song she wrote, and “Ready to Die,” which is a song written by her father.

Taylyn Combs, of Isom, advanced to the finals after placing in the top three at the semifinal competition at the Eastern Kentucky Expo Center in Pikeville on May 10. Combs sang a gospel/ country song she wrote titled “Redeemed Angel” and “Show me” by Martina McBride.

For making it to the top 12, Combs and Young will both receive a Gibson acoustic guitar at the finale on June 16 at the Mountain Arts Center in Prestonsburg.

Three semifinalists were also selected from both Staffordsville and Ashland, which are areas on Country Music Highway.