Two of our Marlowe friends die 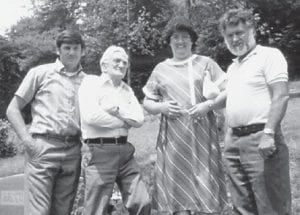 Hello everyone. I hope you are all doing well, or even better. It’s kind of cold right now as I’m writing this and I hope it will be warmer next weekend. That’s our Howard family reunion on Pine Mountain at James Pennington’s place.

It will be beautiful there. The trees are really pretty. I love this time of the year.

My son, Billy Hatton, was glad to see her sons, Roger and Carl Perry, and also Mark Nickels, whom he hadn’t seen in a long time. They were schoolmates.

I got a call from Iva Cheatham. She is doing some better after her fall. She said her son, Jack Absher, is in real poor heath and needs to be in everyone’s prayers. It was good talking to her. I had lost her phone number, and I need to call her back. Whitesburg 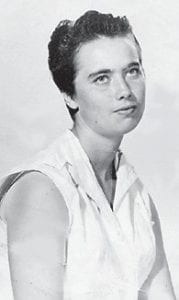 Jack was supposed to go back to his doctor, and I hope he is doing better.

I got a call from Juanita Proffit recently. She said her husband Earl was about the same. She said Earl’s sister, Loretta ( Profitt) Fields’s husband, Gayle Fields, had died the week before. They were living in Butler, Okla. Gale went to Whitesburg High School and played football, I think it was in the ‘60s.

Loretta’s sister, the late Lovenna (Profitt), William’s daughter, Nancy, lives in Cincinnati, Oh., and works with my nephew, Caleb Howard. They work with an insurance company. They are all Whitesburg people. It’s a small world.

I was supposed to get a call from Rose Ballard, and we were supposed to get together. It was good to talk to her. I think she went to Blackey Day. I wanted to go, but it was so cold I decided not to go.

I’d love to see all the Blackey people. I lived there the first 11 years of my life, and I’ve kept up with a lot of them.

Evadean Webb called to tell me another old Marlowe friend, Maudella (Halcomb) Fugate, had died at Chavies. She was the mother-in-law of Denny Ray Noble, Judge of Perry County. We kept in touch for many years. We went to school together. Her funeral was Saturday.

I called to tell Sara Ison about it. She was a relative of Sara’s, and I visited her a lot. I haven’t seen her in awhile. I plan to and never get around to it. I tell you, time just seems to get away.

I think winter is closer than we think. I had my grandson, Chris Hatton, service my heat pump and get me ready for it.

I talked to my son, Astor ‘Red’ Hatton. They are about settled down in Georgetown. He loves their apartment. It sounds beautiful. He will miss his home in Ashland, but they’re not selling it. Their jobs there are going well. He’s selling cars at Dan Cummings. He says it’s a real good place to work. His wife works with a company she has been with for many years. She is a manager, and they were in Grayson and relocated.

I went to the birthday party for Anna Hatton at their home in Westwood. I don’t think I ever saw so many beautiful children and there were four sets of greatgrandparents, and two sets of grandparents, Sandra and Billy Hatton and Diane and Dickie Adams. It was a great party with lots of people and lots of good food.

May God bless all of you and try to be in church somewhere this week.