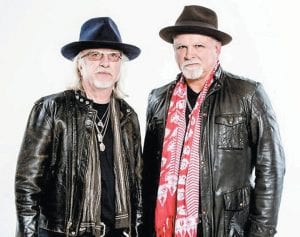 Rock and Roll Hall of Fame members Brad Whitford (top left), the rhythm guitarist for Aerosmith, and former Deep Purple bassist and vocalist Glenn Hughes (pictured at right) will be performing later this spring and summer at Appalshop Theater in Whitesburg. Hughes, who was inducted into the Hall of Fame earlier this month, will perform here August 24. Whitford and Derek St. Holmes (pictured with Whitford), will team for a June 12 appearance at Appalshop. St. Holmes was the rhythm guitarist for Ted Nugent during Nugent’s successful mid-Seventies-era albums such as ‘Free-for-All’ and ‘Cat Scratch Fever.’ 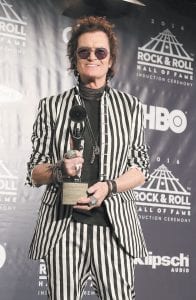