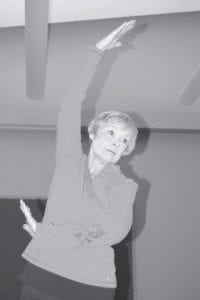 Popping a pill can cut your cholesterol. But did the doctor also prescribe cutting the stress that’s eroding your immune system? Or teach you how to exercise without worsening painful joints?

Think 3 Ps: Good health care is preventive, predictive and personalized, a rarity today in a crisis-oriented care system far better at treating disease than keeping it at bay. To help change that, one of the nation’s top medical groups began a major push last week for what patients might call wholebody wellness care.

“Health is more than the absence of disease,” says Dr. Ralph Snyderman, chancellor emeritus at Duke University who headed a threeday meeting of the prestigious Institute of Medicine to get onto Congress’ radar this health-promotion approach, what jargon-loving doctors call “integrative medicine.”

What does that mean? Basically, it’s going beyond standard disease-of-theday care to involve a range of extra factors — physical, lifestyle habits, mind-body interaction — that play a role in preventing illness, and helping people stick with recommended changes long enough to see a benefit.

But how to pay for keeping people well is a barrier. Even though preventing disease is cheaper overall than treating it, it’s not clear where the upfront investment would come from, a big part of the Institute’s debate.

“If I didn’t have coaching, I would have given up,” says Roberta Cutbill, 68, of Cary, N.C., whose cardiologist referred her to the program in hopes that better nutrition and exercise could lower her cholesterol enough to avoid medication.

But these centers must straddle a line between adopting some non-mainstream therapies that seem to at least help a patient’s quality of life, while avoiding unproven “alternative therapies,” even outright quackery.

“We’re extremely wasteful in health care in America because we don’t respect what the patient can bring to the table, the healing properties of the body itself, the use of lower-technology routes to healing,” says Dr. Donald Berwick, a Harvard health-quality expert who heads the nonprofit Institute for Health care Improvement.

Yet Berwick will issue the IOM meeting a strong warning: “Evidence matters.”

There is some evidence. Medicare funded a Duke study of 154 middle-aged people at high risk of heart disease. In 10 months, people who received health coaching were exercising 3.7 days a week — two days a week more than when they started — and had an average 10-point drop in cholesterol. That equaled a small but significant drop in their overall heart risk, while people who got standard checkups barely budged.

Another example: A chronically stressed brain orders release of hormones and other chemicals that tamp down the immune system so it can’t fight off disease or speed healing, says Dr. Esther Sternberg of the National Institute of Mental Health. Too much stress even ages us faster. But regular exercise, a healthy diet and stress-relieving techniques such as meditation or yoga have been shown in scientific studies to help battle stress’ bad effects.

That doesn’t mean replacing medication or other treatment, Sternberg cautions.

“We’re saying do it together with the space-age advances in medicine,” she says. “That will allow your body to receive that treatment and respond optimally to that treatment, which otherwise it might not.”

That’s Cutbill’s hope. A rare autoimmune disease had ravaged her joints, hindering her ability to exercise. She also suffered a drug side effect — hearing loss — while treating it, a reaction that made her balk at anti-cholesterol pills.

With the coach’s help, Cutbill started gentle yoga and weight training, building up to heart-healthier exercises. When her joints hurt, she heads for acupuncture. Cutbill has switched to heart-healthy olive oil; takes omega-3 fatty acids and some other hearttargeting nutrients that her cardiologist agreed couldn’t hurt ; sneaks fiber into meals; and learned that protein snacks level her blood sugar so she doesn’t crave high-fat sweets.

She’s not there yet — a January blood test showed her cholesterol nudging up a bit. Tests can fluctuate so doctors said to give the lifestyle another six weeks. If she ultimately needs medication, Cutbill says her effort at least will give her the lowest possible dose.

“You need people who can keep the whole picture in mind of all of your conditions and be able to guide you,” she says.