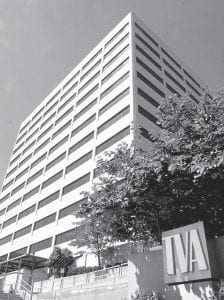 In a political role reversal, Republicans are blasting President Barack Obama’s plan to consider selling the Tennessee Valley Authority, an icon of the New Deal long targeted by conservatives as an example of government overreach.

Obama’s 2014 budget proposal calls for a strategic review of the TVA, the nation’s largest public utility with 9 million customers in seven states from Virginia to Mississippi.

Selling the U.S-owned power company could reduce the federal deficit by at least $25 billion and “help put the nation on a sustainable fiscal path,” Obama says in a budget document.

Not so fast, say GOP lawmakers in the region.

“There is no assurance that selling TVA to a profit-making entity would reduce electric bills in the Tennessee Valley, and it could lead to higher electricity rates” for customers in Alabama, Georgia, Kentucky, Mississippi, North Carolina, Tennessee and Virginia, Alexander said.

Sen. Richard Shelby, R-Ala., vowed to “carefully study any proposals to restructure TVA” to ensure it continues to deliver affordable electricity throughout the region.

Privatizing TVA has been proposed before “and been determined to be a very bad idea,” added Rep. John Duncan, R-Tenn.

Administration officials emphasized that privatization was just one option being considered. Sale of the agency has been discussed by prior administrations, but nothing has happened.

Indeed, proposals to sell TVA date back to soon after the agency was created in 1933 to reduce the risk of flooding in the region and bring electricity to rural communities in poor areas of Appalachia. It was a key part of President Franklin D. Roosevelt’s New Deal program, which used government spending to help the nation recover from the Great Depression.

President Dwight Eisenhower called TVA “creeping socialism,” while President Ronald Reagan criticized it as an example of big government. Republicans from Barry Goldwater to Newt Gingrich have pointed to the TVA as an example of where the private sector could provide services more cheaply and effectively than bureaucrats.

Republican antipathy for the TVA led many in the Southeast to assume that any proposal to sell TVA would come from the GOP — not a Democratic president fresh off winning a second term.

The privatization proposal “is making our heads spin here in Tennessee,” said Stephen Smith, executive director of the Southern Alliance for Clean Energy, a nonprofit group that promotes alternative energy throughout the region.

“For the first time that I’m aware of, you’ve got a Democratic administration proposing the sale of TVA and simultaneously you’ve got significant, conservative federal representatives in the House and Senate defending their local socialist project,” Smith said. “There’s a lot irony in it and little bit of humor actually.”

A White House spokesman referred questions to the budget office. A spokeswoman said the plan was part of an effort to modernize and reform the federal government, and to address the financing of energy infrastructure.

“TVA has significant capital financing constraints which are difficult to address in the current fiscal environment,” she said.

Rep. Jim Cooper, D-Tenn., called sale of the TVA an “extremely remote possibility” and said the authority’s large debts make it unattractive to potential buyers. The TVA also provides a range of services besides power generation, including flood control and recreation, that would shift to other agencies or be dropped if the TVA is sold.

TVA, which owns 29 hydropower plants, 11 coal plants and three nuclear plants, has been plagued by cost overruns in recent years, particularly for its nuclear fleet. The agency plans $25 billion in capital expenditures over the next 10 years, much of it to expand its nuclear capacity and modernize older, coal-fired plants, but faces a statutory debt cap of $30 billion.

John Thomas, the TVA’s chief financial officer, said the agency receives no money from the federal government and its bonds are not a federal obligation. Even so, TVA debts are considered part of the federal deficit.

One possible solution is federal legislation to change how the TVA’s debt is calculated for federal purposes, Thomas and others said.

The authority will cooperate with the strategic review, but will operate as usual in the meantime, Thomas said.