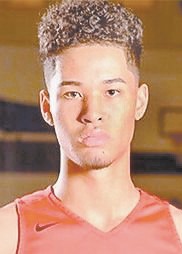 Johnny Juzang will start chasing his dream at the University of Kentucky.

“I’m a dream chaser, go-getter, always will be,” he said.

The four-star perimeter guard from Studio City California’s Harvard Westlake, announced his college choice in Instagram on the night of May 10. Juzang chose Kentucky over defending national champion Virginia.

“At the same time, the place is an incredible stage and platform and they have an incredible coach,” he added. “It’s a big time program with big time fans. It fits into my dreams and goals. It’s a special place.”

Juzang said the decision wasn’t an easy one. He made an official visit to Lexington on April 29 and became comfortable with the school’s coaching staff.

“Really what it was, I had two great programs and both really, really good and that’s what made it so tough,” he said. “They were just different. You just want to pick the one that’s bets for you and fits you. But you don’t always know.”

Juzang said he always considered Kentucky one of his top choices.

“I was always a fan (of Kentucky) and they were always a top school,” Juzang said. “Coach (Joel) Justus recruited me initially and he kind of told me what they do. I felt like the things I believe in and my philosophy were very aligned with them.”

Juzang said he’s a “huge fan” of Calipari, who just completed his 10th season at Kentucky.

“He’s a straight forward, genuine guy,” he said. “He’s obviously a great coach and I’m excited to play for him and their whole staff. I’m a big fan of all them.”

Juzang will be counted on to fill a role vacated by Tyler Herro, who declared for the NBA Draft. Herro was Kentucky’s top 3-point shooter last year.

“I feel like I can score and I’ll be a gritty defender,” Juzang said. “I really just see myself coming in as a player and being a great teammate and just wanting to win. I guess where I fit in is playing guard and pushing up the floor and playing on and off the ball and space for the floor.”