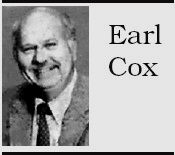 The University of Kentucky’s Keenan Burton was a special player at duPont Manual High School in Louisville. He was a good quarterback and played just about any position where he was needed.

He was what most college recruiters call an “athlete” rather than list him at a particular position. His principal, Dr. Beverly Keepers, was – and is – effusive in her praise of him as a good citizen and student.

Odds are that Burton will do something special early in the Sept. 14 game against Louisville at Commonwealth Stadium to cause still another U of L coach, Steve Kragthorpe, to demand of his staff holdovers from the John L. Smith regime, “How did we miss on Burton?” Bobby Petrino also asked that after Burton burned the Cardinals.

Geographic note: Manual is nestled just across the street from U of L’s Belknap Campus.

As one of the UK captains last year, Burton was the acknowledged leader on the field and his pass-catching ability makes him a top prospect for the National Football League.

Say happy birthday to the Southeastern Conference. This is the 75th for the SEC. Just think, the University of Kentucky, a charter member, has been in one league for three quarters of a century. During that time, the University of Louisville has been in six different conferences and it took Tom Jurich, the nation’s best director of athletics, to get the Cardinals in a stable and powerful league, the Big East.

In the Great Depression years of the early 1930s, 13 members of the sprawling Southern Conference west and south of the Appalachian Mountains reorganized as the Southeastern Conference. Never has the SEC been in a stronger position to claim that it is the most powerful conference in the nation. Florida is the national champion in both football and basketball, and Tennessee rule in women’s basketball.

In addition, Auburn’s men and women are swimming and diving champions. Georgia rules in women’s gymnastics and men’s tennis, and Vanderbilt’s women in bowling.

Three of the SEC’s original members dropped out: Sewanee (University of the South) stayed in eight years without winning a football game. Tulane and Georgia Tech withdrew and were replaced later on by Arkansas and South Carolina, giving the SEC its current two six-team divisions.

How many SEC football titles has UK won, and who were the Wildcats’ coaches?

Two. Paul “Bear” Bryant won in 1950 and Fran Curci in 1976. Bryant, voted the nation’s most outstanding coach in history, won 21 SEC titles in all, 20 of them with Alabama. No one else is close. These three coaches produced six conference championships: Johnny Vaught at Ole Miss, Vince Dooley at Georgia, and Steve Spurrier at Florida.

One native Kentuckian coached one champion. Name him.

The commonwealth has produced just one Outland Trophy winner (the most outstanding lineman in the nation).

Only four UK players are in the National Football Foundation Hall of Fame: Jerry Claiborne in 1949 plus Gain, quarterback Vito “Babe” Parilli and tackle Lou Michaels. Claiborne was a defensive back, running back, and end.

Bear Bryant and two of his UK players, Claiborne and Charlie “Mac” McClendon, are in the Hall of Fame as coaches. Claiborne was honored for his work with UK and McClendon with LSU.

In addition, a coach from Louisville Male High, Wally Butts, was inducted for his coaching ability at Georgia. He coached the Bulldogs to four SEC titles: 1942, ’46, ’48, and ’59.

Four Wildcats have been the SEC’s Most Valuable Players. Can you name them?

One UK star won the Jacobs Award as the SEC’s outstanding blocker.