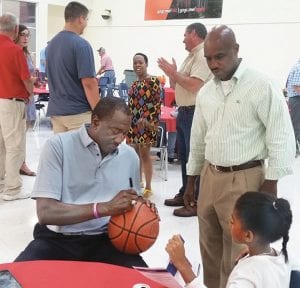 Recruiting rankings have never been a huge topic of conversation for Keion Brooks Sr. and his son, Keion Brooks Jr., a Kentucky five-star freshman basketball player.

Brooks Jr. was ranked among the nation’s top 15 players in the 2019 recruiting class, but some believe he could be even better playing for coach John Calipari than some suspect.

“I have never really thought about where people put him (in the rankings),” Brooks Sr. said. “We talk about the number in front of the game but what you do with the production behind it is what really matters. He can go out and be productive and show what he can do on the floor and it will speak for itself. A lot of times you can get caught up in rankings and kids will lose focus on what they need to do and can do.

“He just wants to win and understands the game is a team concept. It’s all about winning at the end and what have you done to help your team win and could you have done even more. He’s always been taught to make winning plays and that is not always scoring. He can be setting a screen or defending a key play. Just do whatever it takes to win is what he does.” 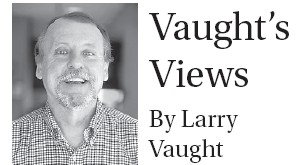 Brooks Sr. has seen Calipari “preach” that same philosophy to his players the last few years. The UK freshman’s father looks at numbers and has seen how Calipari’s players have balanced minutes and points per game.

“It’s not a one-man show. It’s a balanced attack. It’s who is in the right place to make plays at the right time,” Brooks Sr. said. “One of the things that really stood out to us with Coach was all of the players getting a chance to eat and trust in their brothers. You do that, everybody succeeds and you play winning basketball. One thing I really enjoyed in conversations during recruiting was when Coach talked about the game is not about shots but what you can do to help the team win.”

Brooks Jr. has had a knack for making big shots at the biggest moments during his career. That’s also an attribute Calipari and his staff like.

“Keion has worked on shooting the ball from different spots on the floor from all kind of different angles,” the player’s father said.

“If he has a weakness, it might be that he sometimes sets the bar too high. He’s almost a basketball perfectionist who is never satisfied with what he has done. He wants to do things right no matter what it is,” Brooks’s father said. “He’s also wondering if this was the right play, right decision. He wants to be the guy you look at to make sure he’s doing it the right way. He holds himself to a high standard. He tries to reach his goals and not allow situations to still by him because of something he could not control.

Could the spotlight at UK consume a player who sets such a high bar when every move will be scrutinized by fans and media?

“He is a kid that will not look for the spotlight. However, he knows it will be there,” Brooks Sr. said. “He is a kid that has had some experience on AAU and high school level with that. I do knot know that he understands the magnitude yet of what it will be like during the season, but it will never be about him. It will always be about the Big Blue Nation with him, because more than anything he wants to win.”

Only twice during his four-year career at Kentucky was Jack Givens “mentally okay” just watching instead of needing to make key plays for the Wildcats.

Both games came during his 1974-75 season when UK reached the Final Four — and both came in the NCAA Tournament.

The first one was the Mideast Region final in Dayton, Ohio, against Indiana. The Hoosiers were ranked No. 1 and brought a 34-0 record into the game. Indiana also smacked UK 98-74 on Dec. 7, 1974, in Bloomington in the game where Indiana coach Bobby Knight smacked UK coach Joe Hall on the back of the head.

“He hit him with forearms, he hit him in the neck. He beat on Rick so badly,” Givens said. “They were beating us pretty badly. I was guarding Scott May in that game. I took a defensive rebound and I thought, ‘I am going to the hole.’

“I don’t know where Scott May came from but he blocked my shot and it came down about half court. Quinn Buckner picks it up and Kent Benson flushes (dunks) it. Scott May looks over at me and said, ‘Boy, don’t you bring that weak stuff in here.’ My heart just dropped to the floor. That’s how it was.”

Kentucky seniors Jimmy Dan Conner, Mike Flynn, Kevin Grevey and Bob Guyette didn’t forget when UK got a rematch in the NCAA — and won 92-90. Givens had eight points on 4-for-7 shooting in 29 minutes along with six rebounds. Flynn had 22 points, Grevey 17 and Conner 17. Robey and freshman Mike Phillips both added 10 points.

“Our seniors were so into that game. I said, ‘Man you all go on. I will just sit back and watch.’ That game, even with us winning the (1978 national) championship, might have been the best game I was ever part of.”

The other game Givens gladly played a secondary role in was the 1975 national title game against UCLA. The Bruins won 92-85 in legendary coach John Wooden’s final game even though Grevey had 34 points for UK. Givens played 25 minutes but was just 3-for-10 from the field and finished with eight points.

“When we got to that final game, I told the seniors, ‘This is your game.’ Indiana should have been the championship game, not UCLA,” Givens said. “I was okay to sit back and just watch that UCLA game because I knew what it meant to our seniors. It also had a big influence on us (UK’s freshmen) three years later when we got to the title game because we didn’t want to have that losing feeling again in a title game.”

Jared Lorenzen’s legacy was way bigger than I even realized when the former UK quarterback passed away at age 38 on July 3. I was a guest on six out-of-state radio shows, including one in Portland, Ore., talking about Lorenzen, and sports talk shows in Kentucky were filled with Lorenzen stories and memories for days.

Former Kentucky receiver Aaron Boone said he never played with another quarterback like Lorenzen in college or professional football, where he played with the Dallas Cowboys, Chicago Bears and Carolina Panthers in the NFL as well as Berlin Thunder (NFL Europe) and Philadelphia, Kansas City and Utah in the Arena Football League before suffering a career-ending knee injury in 2011.

“His big rocket of an arm, with a lefty spin, took some getting used to, but once we connected we rolled and had a great run together at the University of Kentucky. In a span of 16 straight games, we connected for 15 touchdown receptions,” Boone said.

Boone was a junior college All-American before transferring to UK and caught 18 passes for 268 yards and six touchdowns in 2001 and had 41 catches for 706 yards and 10 scores in 2002. In the unforgettable “Bluegrass Miracle” loss to LSU, he had three touchdown catches.

“ We had some great times on and off the field that I will always remember and be grateful for. I know I would not have developed into the wide receiver I became without him. Until we meet again brother, rest easy!” Boone said.

Boone, who lives in Utah, said he hopes to get back to Kentucky to see a football game this season.

Jalen Green, who seems to be UK’s top recruiting priority in the 2020 class, helped Team USA win a gold medal at the recent Under 19 FIBA World Cup in Crete, Greece — where UK assistant coach Joel Justus was present to watch.

The 6-7 Green averaged 10.1 points, 2.1 rebounds, 1.7 steals and 1.3 assists per game. He was not quite as dominant as he was at the 2018 World Cup where he earned most valuable player honors but the versatile guard was still very good.

He’s been ranked No. 1 in his class at times and currently is listed No. 3. He has already taken official visits to Memphis and Florida State but has made it clear he plans to make an official visit to UK.

Green has transferred to Prolific Prep in California for his senior season and is already scheduled to play in the Marshall County Hoopfest and McCracken County Mustang Madness in Kentucky next season. Prolific Prep may also add another appearance or two in Kentucky as well.

Another UK recruiting target, 6-6 guard Cade Cunningham, averaged 11.7 points, 5.7 assists, 4.9 rebounds and 1.4 steals per game for Team USA. He has Kentucky in his top 10 and is ranked as the No. 2 player in the 2020 class. However, his older brother, Cannen Cunningham, is now an assistant coach at Oklahoma State.

Rivals.com recruiting writer Krysten Peek says having a family member on staff does not always guarantee a player will pick that school, but expects Cunningham to sign with Oklahoma State.

“I think that is as close to a done deal as you can get,” she said.

The other major UK target on team USA was Scottie Barnes, the first player John Calipari offered a scholarship in the 2020 class. He averaged 9.7 points, 4.9 rebounds, 2.7 assists and 1.0 steals per game for Team USA. He has taken official visits to Oregon and Florida State and has UK as one of his final eight schools.

Peek spent last week at Peach Jam in South Carolina where most of the nation’s top players, including Green, Cunningham and Barnes were playing. So was Atlanta wing player B.J. Boston, another major UK target. Peek believes Duke could be the team to beat for Boston. The Blue Devils had three coaches at this first Peach Jam game to let him know how important he is to Duke.

Peek doesn’t expect Boston to make his college choice in the spring, which could be good or bad for Kentucky.

Quote of the Week: “I think we can be one of the best defensive teams in the country with our size, length and competitiveness. Of course, I want to win a SEC title and national title. I like to win. I am very competitive,” UK freshman guard Tyrese Maxey on his hopes for next season during an interview with coachcal.com.

Quote of the Week 2: “I was not surprised by what those guys did. We had a rivalry with them, but it was always a friendly rivalry and they have always been class guys,” former UK football coach Hal Mumme on three former Louisville football players contributing money for UK quarterback Jared Lorenzen’s funeral expenses.

Quote of the Week 3: “Columbus has welcomed him home with open arms. Literally everywhere we go someone has recognized him, congratulated him, and wished him well. He’s made a wonderful adjustment with classes, workouts, and getting to know his teammates,” Holly Hoak on how her son, quarterback Gunnar Hoak, has adjusted to his transfer from Kentucky to Ohio State.