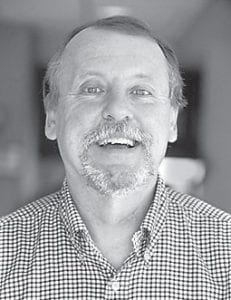 Others can rave about Jamal Murray all they want — and most college basketball analysts are — but the Kentucky freshman doesn’t pay attention to that or forecasts that he could be a top five pick in the 2016 NBA draft.

“It is a lot to have that said about you, but I have not earned anything yet. I just try to stay focused and make sure this team goes where it needs to go,” said Murray.

A lot of where coach John Calipari’s team goes this year could depend on Murray, who reclassified to the 2015 recruiting class and signed with Kentucky during the summer. Calipari likes the length the 6-5 Murray has and points out how large his hands and feet (he wears a size 17 shoe) are.

“Jamal is a guy you have got to watch,” Calipari said. “He is sneaky athletic. You see his speed and it’s like, ‘Where did he come from?’ His game is just a little different.”

Calipari said he was overwhelmed when he saw Murray play with the Canadian Pan- American team. 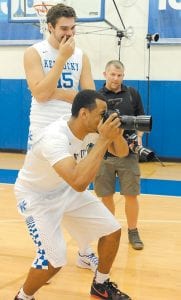 “At this point I don’t even know what his upside is,” Calipari said. “I could look at Karl (-Anthony Towns last year) and knew where we could take him. But this kid is just starting to show me stuff. Where is this going? The good news is we have guards who are positionless. Either Jamal or Isaiah (Briscoe) can be on the ball with Tyler (Ulis) away from the ball and he can make shots.

“Jamal can guard big guards. We could switch off and he could guarda5(center),andhewants to guard him. If it is a 7-foot 5, he will fight. Last year we switched Tyler on some 5’s and he did fine because he would fight.”

Murray’s father proudly pointed out when he signed with Kentucky that good players can adapt and play any position, something Murray also believes.

“Yeah, just like coach Cal says with positionless offense and positionless players. I can play one through five, whatever you need me on offense or defense. I am always up to the task or challenge. I can play my position or let Tyler and Briscoe play (point) and put me on the wing,” Murray said. 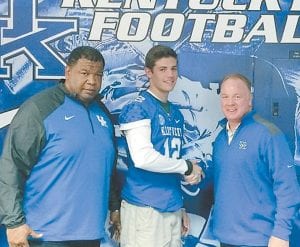 “As long as you defend, you are fine. I know he (Calipari) stresses defense a lot and will make sure we are not allowing easy baskets no matter who is playing.”

Murray’s team in Canada came to three different venues to play in Kentucky early last season. However, at the time the Kentucky recruiting target at Orangeville was 7-footer Thon Maker, who did not reclassify. Murray emerged as the season went on and became a significant UK target when it was clear he would reclassify and finished the season with a bang.

“I did like the games in Kentucky. The games were fun and against good competition. We did pretty good, too,” Murray said. “But I didn’t really pay much attention to the Kentucky fans then and I am not sure they paid that much attention to me.”

He insists nothing drastically changed in his play from November to April even though most recruiting analysts would interject that he made a huge climb.

“I just was playing in different system and got to show my stuff more late in the year. Just depends on what position you put me in and what my role on my team is,” Murray said. “Reclassifying was not even on my mind in December. But as the year went on, we just felt the time was right to go and coming to college would be a great experience for me. I just had to make the decision to go to Kentucky and now I have to get the job done.”

“A lot of coaches saw me. It came down to exposure and academics, so it really helped me being there,” Murray said. “It just took me a little bit of time to get everything worked out with reclassifying. I had all the right courses. I had no real problems. I just had to upgrade a couple of things.”

Murray was considered the best play at the Nike Hoop Summit.

“I have had better games than that. I still go back and look at what I could have done better,” he said.

“There have been many games a lot better than that. I am never satisfied. My dad is my hardest critic and I like that. Everything he says I just listen and he has put me in the best situation and position possible.”

He followed his impressive all-star play with a magnificent stint with the Canadian Pan-American team during tryouts against college and NBA players. Calipari even tried to find a way to work out his academic schedule at Kentucky so he could compete in the Pan-American Games but the dates did not work.

“It was fun on the Pan- American team. A lot of those guys are strong and the rules are different and you have to adjust to the game,” Murray said. “But I played the same way and got a lot of experience. I already had enough confidence but it did help me go in there and play with those guys.”

He got to Kentucky later than his other teammates, but says he has been fine in the Bluegrass.

“I have not left campus. I am trying to get to know the buildings where my classes are,” he laughed and said in a recent interview. “I have been in and out of the country for months. I have taken more planes than taxis. It is nice to be here. Just settle down, get unpacked and relax.

“I still have plenty of time to get together with my teammates. Everybody just has to work into it. We are still trying to figure out strengths on the team. We will be fine. I have no doubt about that.”

He had a dominant summer on the adidas Gauntlet averaging 17.4 points and 8.6 rebounds per game.

“He went from No. 84 in our player rankings to No. 23 over the summer. It’s the biggest jump for anyone ever in our class rankings,” said Biancardi.

A little over a year ago Gabriel had scholarship offers only from Providence and home-state New Hampshire. After his summer play, he picked UK over Duke and Maryland but had a bevvy of other offers.

Biancardi noted that UK’s other 2016 commitment, 6-9 Virginia forward Sacha Killeya Jones, went from 57th to 31st. He had originally committed to Virginia.

“Both guys really had great summers and were rewarded in the rankings,” Biancardi said.

Biancardi said Gabriel and Jones will allow Calipari to get back to more man-toman pressing because of their length and versatility.

“ They will be able to shrink the floor and cover more ground. John’s teams are predicated on defense and they will both fit perfectly,” Biancardi said. “On offense, they are similar in ways but Gabriel is more of a power forward/small forward and Sacha is primarily a power forward. They can both shoot the 3 and space the floor. Sacha especially can be a low post scorer, too.”

One of the first things many people mention to Gunnar Hoak when they found out he is a high school quarterback is whether Gunnar is his real name.

Hoak will bring his quarterbacking skills from Ohio to Kentucky in January as an early enrollee. He goes to Dublin Central High School — about 20 miles outside Columbus — and liked the idea of his family only having a three-hour drive to Lexington.

“That was kind of part of my decision. I wanted to stay closer to home,” Hoak said. “But I also really like the facilities and the improvements they are still going to make. I knew this would be a great situation for me, so I didn’t want anybody else to get it. I jumped on the offer early.”

He didn’t know much about UK football initially. He had met quarterback Patrick Towles and another Ohio native, freshman tight end C.J. Conrad, helped him during the recruiting process.

“They did not recruit a quarterback in the class of 2015, so that made my decision easier for me. They have a commitment from (Florida quarterback) Mac Jones in the 2017 class. I know Towles, (Drew) Barker and (Reese) Phillips are there now. I am aware of that but I like the situation.”

He also likes offensive coordinator Shannon Dawson and the offense he runs.

“I love how he gets out there and throws it around. I feel I fit in there well,” Hoak said. “If he (Dawson) was still at West Virginia, I probably would be going there. He is a great guy. Really knows what he is doing with the offense.”

If you have a comment, suggestion or criticism, contact me at larryvau@gmail.com or on Twitter at @ vaughtsviews. The only thing I have enjoyed more than covering Kentucky football and basketball for over 40 years is interacting with UK fans. I heard from several of you last week and hope that continues.