UK’s Towles is growing up 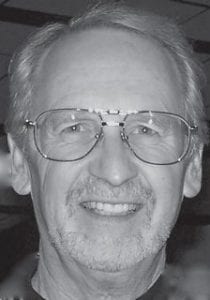 Kentucky fans saw it, and others who care about these things saw it too — a growth spurt. Patrick Towles’s face was matter-of-fact after Missouri had been sent packing last week.

UK’s quarterback had done poorly against Florida and taken a beating, too. Wounded after-game talkers had begun the fickle buzz about replacing him.

Towles’s response brought to mind a Ulysses S. Grant at Shiloh Church story. In April 1862, Grant’s army had taken a fearful beating on a Sunday. That evening Grant sat at his tent puffing a cigar, said, “… whup ‘em tomorrow though.” On a Monday, the Yankees did precisely that.

Patrick Towles shouldered his part of the blame from the Florida disappointment, weathered Monday Morning critics and kept quiet about the calls to replace him. By Friday, maybe he said in his pillow, “… whup ‘em tomorrow though.”

Early on unbeaten Mizzou was having its way with Kentucky again. Then Towles began to glow a bit, then adjusted himself behind a less than perfect offensive line trying hard to man-up along its own skirmish lines.

Towles got comfortable using his feet and head. In spite of a sack or two, he kept his eyes up for opportunity and it came on a first-and-29. And, in the mix somewhere he remembered at 6-5, 240-something, I’m a load! (See replay of 14-yard scramble for a second quarter touchdown.)

With a rekindled flicker of momentum and backed by a defense coming of age also, Towles settled in, became precise, then immaculate. He completed 22 of 27 passes, two touchdowns, no interceptions and established a rhythm with the large fellows up front. Towles’s revival could/ should pivot Kentucky to more SEC success. Auburn comes to town a beleaguered bunch that failed to score a touchdown last week.

Post game, raves and buzz rose again for Towles. He earned them. Then, during an interview he exhibited another skill in come-ofage generalship. He skipped the tiresome and negative “I had to prove everybody wrong,” recognizing maybe it’s baloney nobody believes anyway.

Coach Mark Stoops bottom lined the accolades. “I’m pretty stingy with game balls,” he said. “But I think he deserved one tonight, so I gave him a game ball.

“I thought he played a really good game and made some really good plays with his feet and was aggressive down the stretch.”

Towles credited teammates, took his bows and headed to the house looking more in the saddle, more poised, more U.S. Grantlike — without the cigar of course.

For those not keen on sports Halls of Fame and statues, add my name. Both are vastly overrated, too political and too many inductees are louts and frauds.

However, that Greg Page, Nate Northington, Wilbur Hackett and Houston Hogg will be memorialized as statue figures in front of Commonwealth Stadium at University of Kentucky is late, but outstanding.

Football pioneers at Kentucky in the Southeastern Conference, they are a collective symbol of courage and dignity. Every time fans see their likeness at the stadium, ideally we will be reminded of … v Their courage as an example to all who pass by. v And more, I think, they are example of how millions of Americans try hard to advance inclusion and defeat bigotry.

The UK official(s) who pushed the idea to fruition ought get a pay hike. Hogg were solid SEC athletes. Hackett, team captain in 1969 and an outstanding linebacker, was always a personal favorite.

Crank It Up Time

Western Kentucky (4-1) and Louisville (1-3) will be in crank-it-up mode this week with important conference road games.

Western foe Rice (2-2) was smashed by Texas and Baylor by an aggregate 112 points which could mean another passing show carnival for Brandon Doughty’s Hilltoppers Saturday afternoon in Houston. In a C-USA league game vital for bowl game reasons, this could be a defining game for WKU’s defense.

Louisville against North Carolina State (4-0) looks like tough sledding in Raleigh. In what could be a scoring-rich environment, UofL’s defense will face a Wolfpack that has steamrolled opponents 45, 39, 38 and 63 points in games so far.

Both games have entertainment value of 9-something on scale of 10.

A decade-or-so ago a University of Kentucky president declared his goal was to see UK ranked among USA’s Top 20 institutions academically.

For those who wonder how that’s gone, and where our state’s institutions of higher learning stand in Forbes Magazine’s latest rankings:

In this space last week I referred to Maryland as a member of the ACC. Beginning this academic year Maryland is now in the Big Ten.

A remark attributed to Yogi, I liked best: “So, I’m ugly. So what? I never saw anyone hit with his face.”

My favorite image of Berra was his retreat toward the left field wall at Forbes Field in Pittsburgh in October, 1960. Yogi was last man to see Bill Mazeroski’s World Series winning home run.