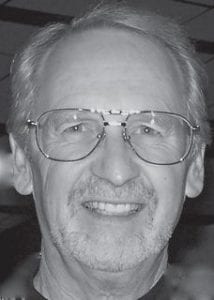 When the calendar turns to February, Pikeville’s Bears will own another 20-win season and be in the hunt for another NAIA championship. Nice club, UPike.

Coach Kelly Wells, an eastern Kentuckian down to his socks, skips sugary platitudes and cute circle talk after games even when it puts $20,000 (according to a UK spokesman) into UPike’s bank account. He gets to the point. After his Bears took its whipping from the Kentucky Wildcats, the best team this side of the Cleveland Cavaliers, Wells was candid: v “… they’re throwing lobs and we look like middle school kids out there at times because they’re just so big.” v “ They take away the basket from you, they take away easy baskets, but I think the biggest key is they don’t settle for anything.” v “They don’t ever settle. They don’t settle. I’ve never been a part of a team where we gave up 80 percent field goals in the first half. They don’t settle for anything, but dunks and layups.”

Comment. Commit “They don’t settle” to memory for recall on December 28, the day after UK’s three-game stretch against North Carolina, UCLA and Louisville.

Going forward, Wells offered a vital insight: v “They have to be hungry all the time and all night. There will be nights throughout a college basketball season when you just don’t have it; somebody gets hurt, injuries and rotations.”

Comment: Vying for playing time and staying hungry should be no problem for all stars playing on national television for NBA scouts.

Remarkable the parallel – like its down-I-64 rival, Louisville frittered away opportunity last week. The Cardinals’ surrender at home to Florida State, with road dates to come at Boston College and Notre Dame, looms as a season killer.

When the Seminoles struck for three touchdowns in the fourth quarter all the superlatives spent on Bobby Petrino’s genius evaporated.

Short of a home finale win over Kentucky, the wand may have been passed on to Rick Pitino’s Cardinals.

From the Common Sense Department – Cordia High School gets final word November 12 from KHSAA commissioner Julian Tackett on the school’s appeal to lift sanctions on its boys’ basketball program.

Found guilty of major rules violations earlier this year, Cordia’s basketball program is shut down for the coming season.

“It absolutely killed me inside to take kids out of play,” Tackett told the Lexington Herald-Leader last month. “But nobody was minding the shop in the basketball program.”

Common sense says student athletes, cheerleaders and fans should not be deprived of the joys of participation. A wiser course by Tackett and KHSAA Board of Control would be a variation of the following: v Suspend those responsible for a year, plus a year’s probation. v Recommend the Knott County Board of Education choose a Cordia faculty member and/or volunteer in the community/county to coach varsity and junior varsity teams so that children can participate this year, represent their school and community. v The $25,980 fine assessed Cordia by KHSAA be used to compensate the volunteer coaches. v And, the entire episode be made a classroom assignment, learning experience for youngsters: Being held responsible and price of unethical decisionmaking by adults. v Finally, that adults responsible for KHSAA rules violations be required to attend home games and pay for their tickets.

Odds-on favorite to be Kentucky’s 27th Mr. Football is Damien Harris at Madison Southern. His recruiting profile as second best running back prospect in America makes it so.

Yet, Mr. Football voters will do good research – balance on-field achievement with academic progress, service to school and community – and find the name Elijah Sindelar on their computer screens.

Quarterback at Caldwell County, Sindelar has had a Tim Couch-like record setting experience in high school (2012-2014).

“Better than Tim Couch,” Palmer said, “better than any quarterback at Kentucky ever.”

Ever? Broadcast partner Brent Musburger reminded Palmer how young he is (36) by offering up names of two Hall of Fame quarterbacks at UK, George Blanda (1945- 48) and Vito “Babe” Parilli (1949-51). Combined, Blanda and Parilli went on from UK to play in the NFL for 41 seasons.

Palmer retreated a bit. “I mean in the modern era,” he said.