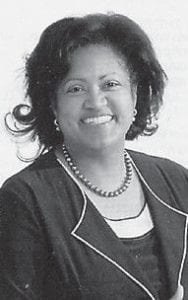 Valerie Phillips, owner and chief executive officer of The Phillips Co. in Columbus, Ohio, has received the Small Business of the Year Award from Black Enterprise magazine.

The Phillips Co., which she bought for $380,000 in 2006 from her father, Sam Phillips, is an assembly and warehousing company. After she acquired Maximum Spindle Utilization Inc., the company’s revenues increased from $2.8 million in 2007 to $6 million in 2008.

According the Black Enterprise, the award “is presented to the small business owner whose efforts and/or entrepreneurial pursuits exemplify the passion and commitment needed to overcome adversity as well as attain success.”

Phillips is married to former Letcher County resident Mick Blair, son of the late Arnold and Vula Lucas Blair of Thornton. The couple have a 12-year-old daughter, Samone, and live in Indianapolis, Ind.