Virginia bank robber may be in Letcher Co. 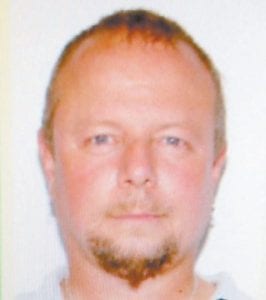 Police say a man who robbed a Virginia bank at gunpoint could be in hiding in Letcher County.

Wise County Sheriff R.D. Oakes said Ronald David Green, 47, of C&C Trailer Park in Wise, Va., entered New People’s Bank in Norton, Va., at 5:55 p.m. on Dec. 9 wearing a blue surgical mask, sunglasses, a hooded sweatshirt and dark clothing. Oakes said Green, who was armed with a gun, took a large amount of money from the bank and rode away from the bank parking lot on a bicycle. Police later found the bicycle, but Green is still on the loose. Oakes said a warrant has been issued for Green’s arrest.

Damron said Green has family ties in Isom. Green is considered to be armed and dangerous.