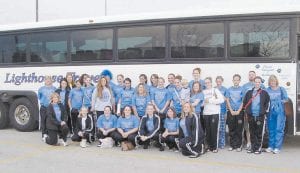 The Letcher County Central High School volleyball team and coaches posed for a photograph beside the tour bus that took them to Northern Kentucky University in Highland Heights, where they met Greenwood High School in the opening round of the state volleyball tournament on October 26. The Lady Cougars, champions of the 14th Region and 51st District, lost by scores of 25-5 and 25-8. Greenwood lost in the very next round to eventual state champion Assumption High School of Louisville. The bus is owned by Lighthouse Tours of Letcher County. (Photo courtesy George Smith) 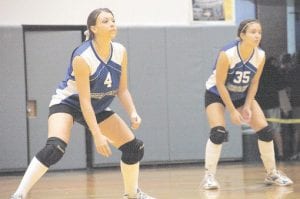 Brittany Terry and Kayla Sexton guard their territory on the floor of NKU’s Regents Hall. (All action photos by Chris Anderson) 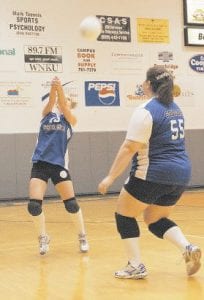 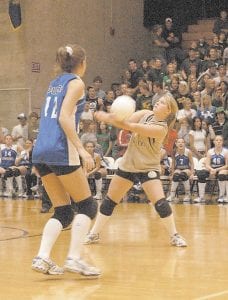 Sierra Bates watched as teammate Marquala Wolfe fired a return across the net. 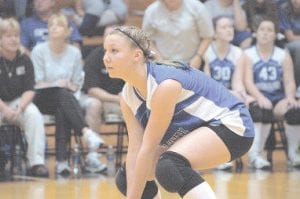 Victoria Halcomb gets set for the Lady Cougars.