Waiting for a credible response

Christmas is here, a time of joy for some, but not all 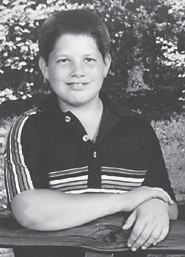 On Friday night, Dec. 14, 2012, our family lost something which can never be replaced. Something more precious than anything that God ever created, our beloved son, Steven. He was looking forward to Christmas, his favorite time of year. He loved to buy gifts for the little children and take pictures of their happy faces as they opened their gifts. He was always a happy child and wanted all little children to be happy. Steve couldn’t play musical instruments or do many tedious things, he said his hands were made by God to do God’s bidding, namely, hard work, which he did without complaining year after year. He loved his family and his little home on Johnson Fork. He slaved under the mountain to provide for his family, and he was doing just that the night he was injured. All the doctors could do for him was prescribe pain medication, which caused him much trouble. It has been five years since his untimely death and the family still waits for a credible cause of death, due to the fact that no autopsy or toxicology was performed on his remains, although according to law, there should have been. Under the circumstances, the family deserves a toxicology report, but after five years none has been forthcoming. Steve went home to be with the Lord five years ago, but the memories he left us is ours and no liar or thief can take them away from us. Submitted by Steve’s family