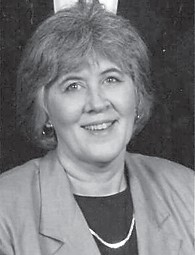 Wanda Rodgers Reynolds died May 19 in her home in Orlando, Fla., following a battle with cancer.

Born in Louisville, she was a daughter of the late Rev. Clel and Lucille Rodgers. She was also preceded in death by a brother, Glenn “Buz” Rodgers, and a foster sister, Ada Gonzalez.

Her family moved to Whitesburg when she was in junior high school, and in high school she met James Lewis Reynolds, whom she married on August 19, 1960.

Mrs. Reynolds and her business partner built a chain of successful gift shops in eastern and central Kentucky. She and her family moved to Winter Park, Fla., in 1989.

She was a member of Church on the Drive, formerly College Park Baptist, in Florida.

Mrs. Reynolds’s fight with cancer began about five years ago, first with a breast cancer diagnosis, and several years later a diagnosis of ovarian cancer. She did not look forward to the treatment, but did look forward to more time with her family. She battled hard and kept hope for recovery for as long as possible.

Memorial services in Florida were held May 23 at Church on the Drive. In Kentucky, memorial services will be held on at 11 a.m. Saturday, May 28, at First Baptist Church in Whitesburg.

The family requests that in lieu of flowers, gifts be given to these congregations, their home churches, in support of their ministries.