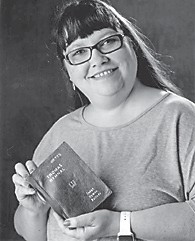 She was the daughter of Joy Watts and the late Green Watts.

Mrs. Whitehead was a member of the Campbell’s Branch Community Center Committee for 15 years. She was also a member of Letcher County Culture Hub, Blackey Improvement Committee, the Rt. 7 Artisan Fellowship, and Revive our Lower Letcher — Picking in the Park, and was an avid photographer.

Funeral services were held January 17 at the Cedar Grove Old Regular Baptist Church. Burial was in the Whitehead family cemetery at Blackey.